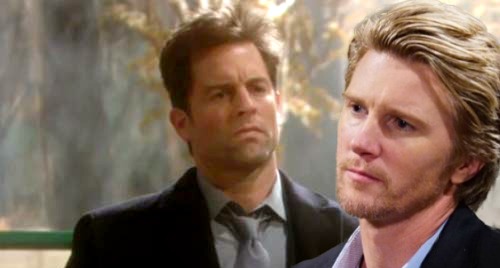 The Young and the Restless (Y&R) spoilers tease that more Newman chaos is about to erupt. It looks like a drunken accident will leave Nikki (Melody Thomas Scott) in bad shape. She’ll be in a fight for her life at the hospital soon enough.

Christmas won’t be merry and bright for the Newman clan – at least not at first. They’ll get their holiday miracle eventually, but that can’t stop the storm that’s brewing. The Young and the Restless spoilers say the J.T. (Thad Luckinbill) saga isn’t over just yet. Mac (Kelly Kruger) will appear early in the new year, so the story will continue to heat up.

Y&R will need a way to get Sharon (Sharon Case), Phyllis (Gina Tognoni), Victoria (Amelia Heinle) and Nikki out of their tight spot. The easiest strategy is to make J.T. alive, but the cover-up could still bring some fallout. There’s a good chance Phyllis will lose her CEO spot at Jabot over all this drama.

Unfortunately, Jabot won’t be the only company affected. Whether J.T. shows up later or not, Victor (Eric Braeden) is still the prime suspect right now. He’ll be back in Genoa City just in time for Christmas, but an arrest may be looming. That’s not going to do Newman Enterprises any favors.

If J.T. is in fact alive, he could also blab once he gets caught. J.T. would certainly squeal on the girls’ night gang for trying to dispose of his body. He could even twist the story of how the attack upstairs played out. Of course, a dead J.T. would present its own set of problems. No matter how you slice it, the cover-up posse will have to deal with backlash.

All of this may lead to some serious hits for the Newmans. It could leave both the company and the family at risk. Nikki and Victoria’s secret may bring some strain with Nick (Joshua Morrow) as well as Victor (Eric Braeden) if he doesn’t already know. There’ll be plenty of fighting as the Newman clan starts to fall apart.

This sounds like the perfect time for Adam (last played by Justin Hartley) to reenter the picture. What better way to bring the family back together? Adam’s return from the dead would be welcome news after all the J.T. shockers.

However, Adam could turn this into a cutthroat battle if he starts making power moves. He might take advantage of Newman Enterprises when it’s most vulnerable! Could J.T.’s story pave the way for an Adam recast and another round of bombshells?