The Young and the Restless Spoilers: Arturo’s Siblings Shake Up Genoa City – Abby Supports Him Through Family Chaos and Conflict 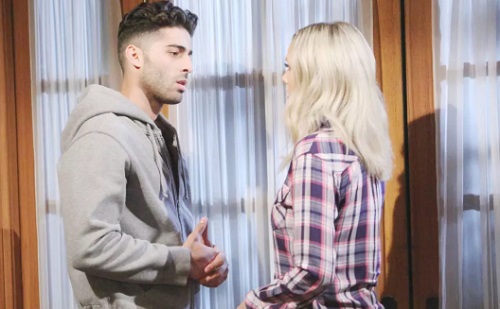 The Young and the Restless (Y&R) spoilers say this isn’t the end of the road for Arturo (Jason Canela) and Abby (Melissa Ordway). They’ve hit a rough patch thanks to Nikki’s (Melody Thomas Scott) revelations, but any soapy romance comes with drama. There’s just no way to avoid it, so they might as well tackle their first major hurdle now.

Abby’s been hurt time and time again, so she’s being extra cautious here. In her defense, it probably would’ve been best if Arturo had mentioned his fling with Nikki. That’s the kind of thing Abby would want to know from the get-go. Abby has been burned by secret-keeping exes in the past, so she doesn’t want to kick off another relationship built on deception.

Of course, it’s easy to see Arturo’s side as well. He probably hated to go around spreading the news about his hookups. They had agreed to be discreet and Nikki clearly wasn’t leaving Victor (Eric Braeden). After things ended between Arturo and Nikki, he probably just felt like he should just let it go and move on. 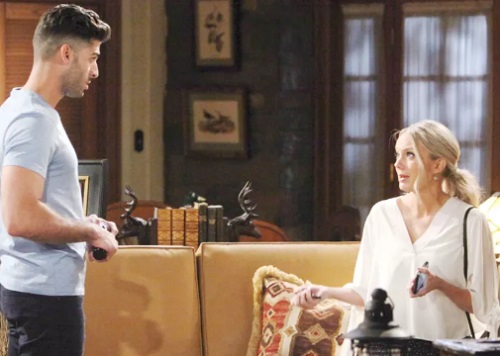 The Young and the Restless spoilers say Abby and Arturo will have some problems to work through. They have to learn to trust each other and set some ground rules. There seems to be more than just chemistry going on. Abby is quickly falling for Arturo and that’s undoubtedly why she’s freaking out. She’s putting her guard up at the first sign of trouble to protect herself.

However, Arturo is quite the charmer and he should be able to reel Abby back in soon. Likewise, Abby’s got that special something that Arturo just can’t give up. Y&R spoilers hint that they’ll try again and form a deeper bond over the course of the summer. That’s good since Arturo could have some personal chaos headed his way.

Arturo has mentioned his family several times now. Does that mean some relatives will shake up his world? Soap Opera Digest recently revealed casting calls for twentysomething “Sofia” and thirtysomething “Carlos.” It seems likely that Arturo’s siblings are set to arrive in Genoa City eventually. If so, you can bet there’ll be plenty of family conflict!

The Young and the Restless spoilers say Arturo may have to lean on Abby for support. Are you excited to see what’s next for this pairing? Are you anxious to meet Arturo’s brother and sister? We’ll give you updates as other Y&R details emerge. Stay tuned to the CBS soap and don’t forget to check CDL often for the latest Young and the Restless spoilers, updates, and news.