The Young and the Restless Spoilers: Ashley Turns the Tables – Graham Becomes Victim of His Own Deadly Scheme 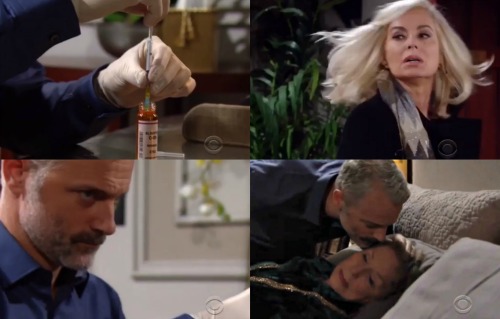 The Young and the Restless (Y&R) spoilers tease that Graham (Max Shippee) will move forward with his horrible scheme. He intends to kill two birds with one stone. It looks like Graham will plan to murder Dina (Marla Adams) and set Ashley (Eileen Davidson) up to take the fall for it. Graham will feel like this is a great way to score all Dina’s money and get revenge on the Abbotts.

Graham’s stepdad was Brent Davis, but Dina’s affair with him ruined everything. He’s got a grudge against Ashley because of it. Of course, they’ve been carrying on a feud as well. It’s not like Ashley’s done much to reduce Graham’s hatred for her. He loathes her more and more every day!

The Young and the Restless spoilers say a clever trick will work like a charm. Graham will dupe Ashley into handling a hypodermic needle, so her fingerprints will be on the murder weapon. He’ll undoubtedly hope to inject Dina with the toxic compound he stole and pin it on Ashley.

Based on various interviews, Marla Adams seems confident that she’s sticking around for a while. Mal Young, Y&R’s head writer and executive producer, wants to keep Dina alive as long as possible. Many people have lengthy battles with Alzheimer’s, so that’s certainly reasonable. 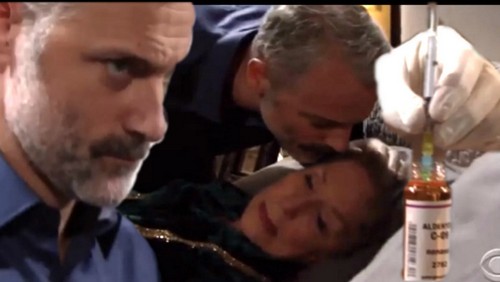 In other words, Graham won’t succeed in killing Dina. Y&R wouldn’t let this story end like that. It’s been a powerful arc and they wouldn’t cheapen it by capping it off with a murder. Still, Dina might land in the hospital after a near-death experience. Ashley could be blamed for that.

However, Graham may be underestimating Ashley. She’ll grow increasingly suspicious over the next couple weeks. Ashley should really start keeping an eye on Graham. It would be wise to follow him or at least pay a spy to monitor the situation.

Regardless, Ashley may get a clue eventually. Will she manage to turn the tables on Graham? Will he land behind bars thanks to his evil plot? Could Graham suffer a worse fate instead? A character this ruthless could be destined to leave in a body bag.

Perhaps Ashley will catch on just in time. If there’s a struggle over the hypodermic needle, maybe Graham will be the one who gets a lethal injection instead. He could become the victim of his own scheme! We’ll give you updates as other Young and the Restless news comes in. Stick with Y&R and don’t forget to check CDL often for the latest Young and the Restless spoilers, updates and news.