The Young and the Restless Spoilers: Bryton James Scores Exciting Role on New Series – What Does It Mean for Devon’s Y&R Future?

BY Marcy Cohen on July 22, 2018 | Comments: one comment
Related : Soap Opera, Spoiler, Television, The Young and the Restless 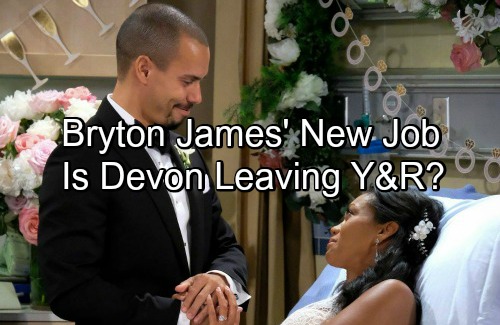 The Young and the Restless (Y&R) spoilers tease that Bryton James (Devon) has scored an exciting new gig. He’ll be voicing a character on Nickelodeon’s animated series, Glitch Techs. The show centers around two kids who take on a special mission. When video game monsters come to life, these new recruits have to battle it out with them in the real world.

There’s no word yet on which character James will play, but he’ll undoubtedly be great at it. James previously voiced Roy on Nickelodeon’s popular series, Winx Club. He also serves as the voice of Virgil Hawkins on Cartoon Network’s Young Justice. James’ latest role will add another show to his list of impressive voice credits. Glitch Techs is set to air later this year.

Of course, you may be wondering what James’ new gig means for his future at Y&R. Things are feeling awfully unsettled in the soap world lately. It seems like cast members are departing left and right! All four soaps are experiencing some casting shifts, so everyone’s on edge about keeping their favorites around.

There are undoubtedly extra fears surrounding James thanks to Mishael Morgan’s (Hilary) departure. The Young and the Restless spoilers say Hilary’s set to make her onscreen exit soon. There’s no confirmation on how it’ll all wrap up, but all signs point to a crushing death that rocks Genoa City to the core.

Fortunately, James has no plans to leave the role of Devon. He’ll simply be pulling double duty for a while. Glitch Techs has been given the green light for a 20-episode first season. James will be able to do his voicework on the side and still keep up with his scenes on the CBS soap.

In fact, James should be given plenty of gripping material. The fallout of Hilary’s exit will most likely send Devon down a dark path. The Young and the Restless spoilers hint Devon’s pain could drive him to his breaking point, especially when he learns Lily’s (Christel Khalil) to blame for the accident.

It’s a shame that we’re losing a feisty character like Hilary, but the bright spot will be the fantastic performances in the aftermath. We’ll give you updates as other news comes in. Stay tuned to Y&R and don’t forget to check CDL often for the latest Young and the Restless spoilers, updates, and news.