The Young and the Restless Spoilers: Christian Kidnapping Clues Emerge – Adam Newman Back for His Boy? 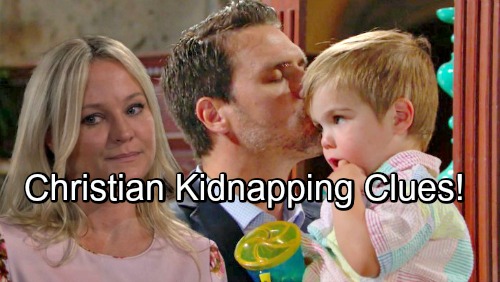 The Young and the Restless (Y&R) spoilers tease that the CBS soap is building to some big twists. They’ve spent plenty of time setting up all the J.T. (Thad Luckinbill) chaos, so the payoff’s bound to be worth it. It’s possible J.T.’s somehow alive and back for revenge, but that might be just a bit too easy.

Besides, Luckinbill’s a busy guy and seemingly has no time for a Y&R comeback. The show got lucky when he had an opening in his schedule earlier this year, but lightning probably won’t strike twice. J.T. could make a brief appearance and get arrested, but it’s wise to consider other possibilities. The Young and the Restless has a chance to do something huge and shake up fans’ expectations.

The best soap twists are the ones that make sense, but still pack a surprising punch. That’s why this is the perfect opportunity for Adam Newman’s comeback. It’d be understandable for Adam to seek revenge on Victor (Eric Braeden) and his company. At the same time, having Michael Muhney or a recast pop up would be a shocking thrill. Many Y&R viewers would go nuts over a bombshell like that.

The Young and the Restless recently dropped some hints that could tie in here. Nick (Joshua Morrow) talked to Victor (Eric Braeden) about the security footage and all the safety risks. He was concerned that something could happen to Christian (Jude and Ozzy McGuigen), but Victor promised to put the boy first. It’s clear that Victor will do everything he can to protect the tot.

Later, Nikki (Melody Thomas Scott) also brought up the risks to their family. She seemed worried, but Victor insisted he could handle it. He intends to care of this threat and restore peace to the Newman clan. Y&R fans also know Adam’s name has been mentioned a lot lately. There’s been plenty of talk about what Adam would want for his son.

What do all these potential clues mean? Is Adam behind the mayhem and will it all build to a kidnapping? Does Adam plan on swiping Christian to raise himself? Those are some interesting options to mull over. That storyline would certainly bring some exciting scenes!