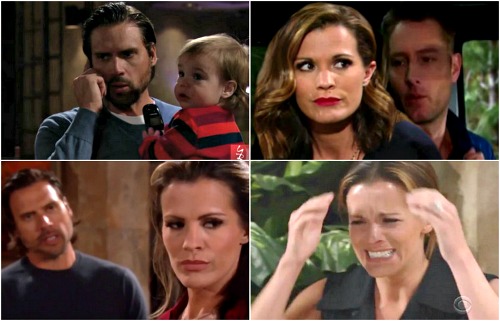 The Young and the Restless (Y&R) spoilers tease that Chelsea’s (Melissa Claire Egan) life will spiral out of control. Things are already falling apart thanks to Nick’s (Joshua Morrow) cash discovery and Lauren’s (Tracey E. Bregman) mystery at Fenmore’s. These stories are linked. Chelsea’s been saving up extra cash from her bogus website on the side.

Instead of depositing the money in the bank, Chelsea stuffed it in Adam’s (Justin Hartley) columbarium slot. In Thursday’s episode, she also alludes to a backup plan she had with Adam. The Young and the Restless is setting up a quick getaway for Chelsea, but everything has to head downhill first. 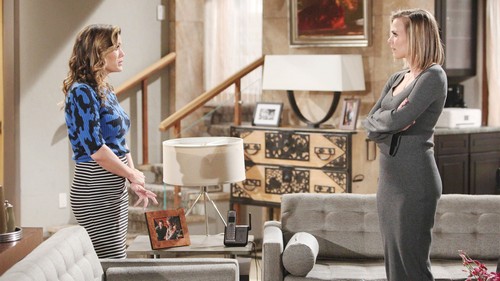 On Friday, Chelsea will really feel the pressure. Some shocking discoveries will be made, so Y&R fans should be ready for anything! The show has some surprises in store as Chelsea’s life explodes. An alias will be revealed, so that may be tied to Chelsea’s apparent scam.

The Young and the Restless spoilers say Chelsea will face a serious threat next week. Someone will send a cryptic message that leaves her rattled. Jordan’s (Darnell Kirkwood) coming back soon, so he’ll undoubtedly fit somewhere in this madness. 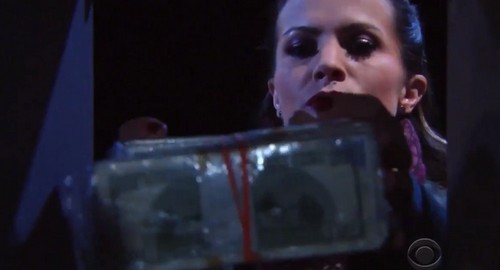 But wait! There’s more! Y&R viewers can’t forget about Chelsea’s deep, dark secret. She’s been keeping Nick out of the loop on Christian’s (Jude and Ozzy McGuigen) paternity. Since The Young and the Restless is letting everything else blow up, will the paternity drama be the final straw?

There’s no point in dragging this out any longer, especially since one of the last remaining secret-keepers is leaving. Adam’s out of the picture, so Victor (Eric Braeden) and Chelsea are the only people in Genoa City who know the truth. Once Chelsea’s gone, that would just leave Victor.

The show would be wise to unleash the whole ugly story and take advantage of the fallout. They should make Chelsea’s exit as dramatic as possible! Nikki (Melody Thomas Scott) will connect some stunning dots on Friday, so she could easily discover Christian’s paternity.

Regardless, it makes sense to twist the knife for Nick right now. He’ll feel betrayed by Chelsea, so Y&R might as well throw in the paternity mayhem to make matters worse. Will Nick finally learn that Adam is Christian’s father? We’ll give you updates as other news comes in. Stick with the CBS soap and don’t forget to check CDL often for the latest Young and the Restless spoilers, updates and news.