BY Heather Hughes on August 5, 2018 | Comments: one comment
Related : Soap Opera, Spoiler, Television, The Young and the Restless 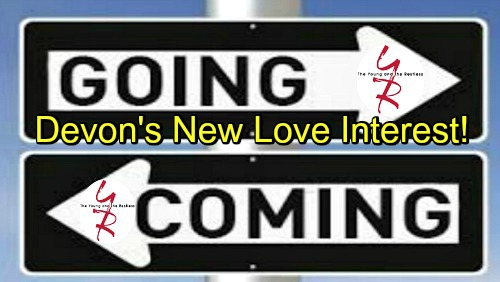 The Young and the Restless (Y&R) spoilers tease that we’ve got some comings and goings news to share. First, let’s talk about Mark. William H. Bryant portrayed the man Hilary (Mishael Morgan) met with before her demise. They had a mysterious meeting, which included a fib about being old friends.

Mark popped up again at Hilary’s funeral, so Mariah (Camryn Grimes) had a chance to solve the mystery. Y&R fans learned that Mark offered Hilary a job, but she turned it down for the sake of her family. It served as some bittersweet comfort for Devon (Bryton James). He won’t get to raise a child with Hilary, but at least he knows how much their fam meant to her.

Now that Mark has explained everything, his brief stint has wrapped up. As for Devon, The Young and the Restless spoilers say he’ll continue to grieve and rage at Lily (Christel Khalil). He’ll have a hard time letting go of Hilary and the life they were meant to share.

As a result, Devon probably won’t be looking for love again anytime soon. It’ll be a while before he’s ready to jump back in the dating pool. That’s a good thing since “Hevon” fans are also grieving. It’s good to give Devon a little time between pairings.

However, a lovely lady is indeed coming to town soon. The Young and the Restless is on the hunt for Candace, a smart and confident executive from Chicago. Although Candace could drift in Devon’s direction eventually, she’ll probably be on the scene for Nate (Brooks Darnell) first. Candace has a background in science, so she could connect with this doctor over topics of mutual interest. 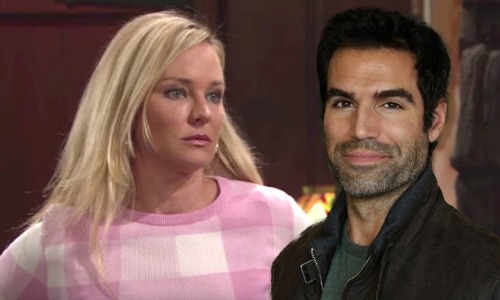 Other Young and the Restless spoilers say Rey (Jordi Vilasuso) is on the way! We’ve finally got a first airdate for this exciting new character. Rey will first appear on August 17, so mark that down on your calendar. He’ll get caught in major Genoa City drama as soon as he arrives.

Rey will share scenes with Victor (Eric Braeden) and Nikki (Melody Thomas Scott) right off the bat. Scenes with Nick (Joshua Morrow) and Sharon (Sharon Case) will follow soon after. Y&R viewers will be anxious to meet Rey and see how much trouble he stirs up.

That’s it for comings and goings! We’ll give you updates as other Y&R news comes in. Stay tuned to the CBS soap and don’t forget to check CDL often for the latest Young and the Restless spoilers, updates, and news.