The Young and the Restless Spoilers: Devon and Hilary’s Deathbed Wedding – Tragic Goodbye for ‘Hevon’? 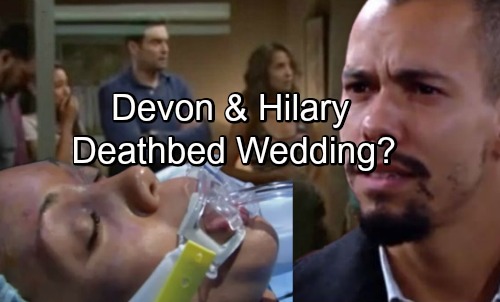 The Young and the Restless (Y&R) spoilers reveal that fans are growing increasingly concerned about Hilary’s (Mishael Morgan) death. Although her demise hasn’t been confirmed yet, there’s strong buzz that Hilary won’t survive her car crash injuries. The latest Y&R info seems to back that up.

Once Devon (Bryton James) makes it back to Genoa City, he’ll be crushed by the news of the accident. The miscarriage blow will sting, but there’ll be time to mourn the loss later. For now, Devon will want to concentrate on Hilary. Nate (Brooks Darnell) will give him a grim prognosis, so Devon will want to make the most of Hilary’s dying moments – if that’s indeed what they are. 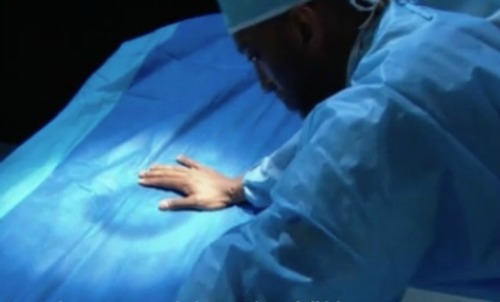 Fortunately, Hilary will be awake for some sweet scenes with Devon. They’ll reflect on their love story, which sounds both wonderful and heartbreaking. It’s horrible that Y&R may have a deadly exit in mind for Hilary, but at least they’re giving “Hevon” a proper farewell. Devon and Hilary have been a popular pairing for the show, so they deserve flashbacks and true closure.

Of course, viewers still need answers about Hilary’s secretive chat with Mark. It seemed like The Young and the Restless was setting up another exit for Hilary, but there could’ve been another reason for that. Hilary appeared to be turning down a job offer, but perhaps the main idea was to have all those emotional moments afterward. 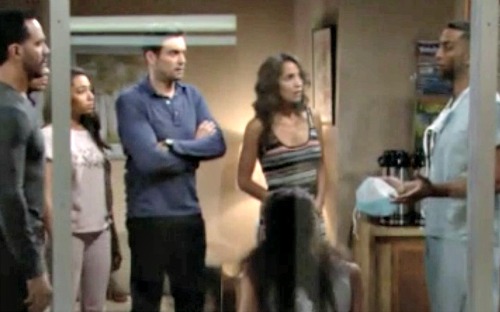 Hilary was able to share some parting words of wisdom with Tessa (Cait Fairbanks) and Mariah (Camryn Grimes). She talked about the tests they’d face and suggested that some relationships are worth fighting for. Hilary also got emotional as she closed the show. The Mark meeting brought about all those cryptic comments about unpredictability and change.

Hilary isn’t psychic, so she couldn’t have known she might bite the dust from an accident. However, this allowed Y&R to let her say goodbye anyway. Maybe they were just trying to create a reason for her to do that. There’s still a chance Hilary will pull through somehow, but things aren’t looking hopeful at this point.

The Young and the Restless spoilers hint that Devon and Hilary may have a deathbed wedding. Will Devon make Hilary his wife again just before she fades away? It sounds like some gripping scenes are coming up, so we’ll give you updates as other Y&R details emerge. Stay tuned to the CBS soap and don’t forget to check CDL often for the latest Young and the Restless spoilers, updates, and news.