BY Heather Hughes on April 18, 2018 | Comments: one comment
Related : Soap Opera, Spoiler, Television, The Young and the Restless 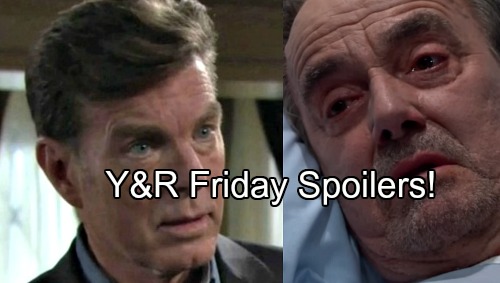 The Young and the Restless (Y&R) spoilers for Friday, April 20, tease that Jack (Peter Bergman) will give Victor (Eric Braeden) a piece of his mind. Victor’s still recuperating from the complications of J.T.’s cruel attacks, but Jack won’t care. He’ll march right over to see his enemy and start ranting about Victor’s alliance with Kyle (Michael Mealor).

Jack will think this was a low blow, even for Victor. He’ll gripe about his own son being manipulated and argue that Victor’s going to pay. The Young and the Restless spoilers say Jack will hope he caught this partnership in time. He’ll want to put Kyle back on the right path, so he’ll suggest Victor can keep the dark side all to himself.

Of course, Jack is no fool. He’s not going to trust Kyle anytime soon and that’s why Billy’s (Jason Thompson) coming on board to watch him. Jack has a lot of catching up to do at Jabot, so he’d much rather let Billy do all the babysitting. However, Kyle thinks he’s pretty slick. He’ll make a risky move in Friday’s Y&R episode, so this could lead to more trouble for the Abbott clan. 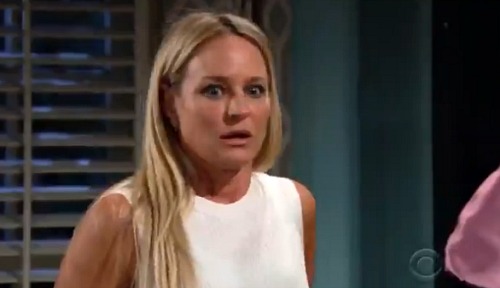 What will Kyle be up to next? Will he continue working with Victor and plot a sneaky trap for Jack? Could he truly switch his allegiance and try to dupe Victor instead? Either option sounds dangerous! Kyle will inevitably keep seeking Dina’s (Marla Adams) secret while the corporate chaos is going on. That’ll definitely shake things up when the time is right.

Other Young and the Restless spoilers say Phyllis (Gina Tognoni) will keep a close eye on Sharon (Sharon Case). She’ll provide another warning, so this could be about the J.T. (Thad Luckinbell) death cover-up. If Phyllis believes Sharon’s on the verge of cracking or spilling to Nick, she may reiterate how important it is to stay quiet. Phyllis certainly doesn’t want Sharon running her big mouth and blowing this for all of them.

Perhaps Phyllis will tell Sharon to distance herself from Nick (Joshua Morrow). She might argue that Sharon will blab if they get too close. That could turn out to be true, but Sharon obviously won’t care about Phyllis’ opinion. If anything, this may make Sharon more determined to stand her ground.