The Young and the Restless Spoilers: Friday, February 23 Update – Chelsea Escapes With Connor, Leaves Christian Behind 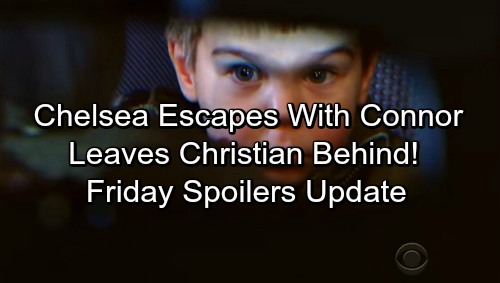 The Young and the Restless (Y&R) spoilers for Friday, February 23, tease that Nikki (Melody Thomas Scott) will try to figure out Chelsea’s (Melissa Claire Egan) motives. She’ll point out that the boys are already in bed, but Chelsea will insist on taking them home. When Nikki resists, Chelsea will stand her ground.

Nikki will believe this is about Victor (Eric Braeden). She’ll accuse Chelsea of not wanting Connor (Gunner and Ryder Gadbois) and Christian (Jude and Ozzy McGuigen) to be around their grandfather. Nevertheless, Nikki will let Chelsea gather the tots. Once Chelsea’s loaded them in the car, she’ll call Nick and fib about having to work all night.

At the hospital, Sharon (Sharon Case) won’t be able to recall much. Paul (Doug Davidson) will hope to apprehend the person who hit her, but Sharon just won’t have answers. Meanwhile, Phyllis (Gina Tognoni) will corner Nick and argue that Chelsea must’ve done this. She’ll try to convince him that Chelsea could be skipping town right now.

The Young and the Restless spoilers say Nick will lash out at Phyllis. He’ll shut down her accusations, but Phyllis won’t give up. At the ranch, Victor will get a phone call. Phyllis will wonder if Chelsea came to pick up the boys. Victor will get updates from Nikki, but he’ll decide to leave Phyllis out of the loop on the confirmation. 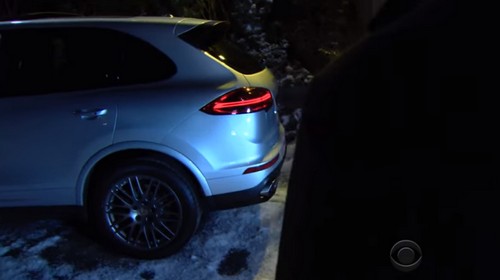 In Chelsea’s vehicle, she’ll tell Christian and Connor about the trip they’re taking. Chelsea will also mention changing cars. Later, Chelsea will fret about taking Christian from Nick. She’ll decide she can only take Connor. Y&R spoilers say Chelsea will make a phone call and ask someone to prepare for the two of them. It sounds like Anita (Catherine Bach) will be waiting.

Elsewhere, Victor will track down Chelsea’s car thanks to the GPS device he monitored. Jordan (Darnell Kirkwood) will be sitting on the driver’s seat. A furious Victor will lunge forward and grab Jordan’s neck. He’ll want to know where Chelsea went, but Jordan won’t have the details. 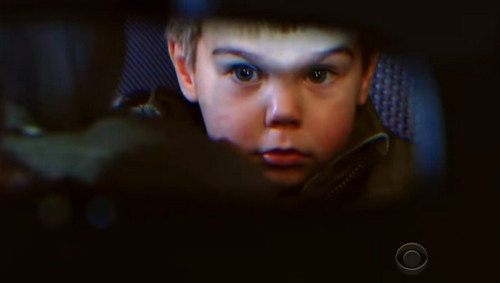 At Victoria’s (Amelia Heinle) place, the doorbell will ring. The Young and the Restless spoilers state that Victoria will make a shocking discovery outside. Christian will be standing there alone. When Victoria phones Nick, she’ll let him know that Christian appeared on her doorstep.

After Nick hangs up, he’ll locate a goodbye letter and Chelsea’s engagement ring. Nick will read the note, which indicates that Chelsea put her escape plan in motion. She admits to stashing the cash in the penthouse and insists that she can’t go to prison. The letter will conclude with a promise to Nick about their love being real.

Back with Victor, he’ll return home to find Phyllis and Nikki awaiting answers. More drama’s ahead in this storyline, so stay tuned. We’ll keep you posted as other Y&R news comes in. Stick with the CBS soap and don’t forget to check CDL often for the latest Young and the Restless spoilers, updates and news.