BY Heather Hughes on March 8, 2018 | Comments: one comment
Related : Soap Opera, Spoiler, Television, The Young and the Restless 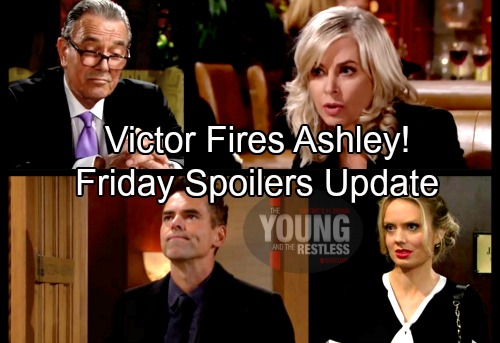 The Young and the Restless (Y&R) spoilers for Friday, March 9, tease that Abby (Melissa Ordway) will catch up with Lily (Christel Khalil). She’ll completely understand why Lily walked away from Newman Enterprises. Victoria (Amelia Heinle) is a pain to deal with, but Abby will vow to put up with her sister for now. She’ll hint that things will change when she’s in charge one day.

Lily will realize she likes the sound of that. She’ll come up with a way to have more power in her career. The Young and the Restless spoilers say Lily will fill Devon (Bryton James) in on her big idea. He’ll agree to help her start her own agency. It’ll be a stylish new branch of Hamilton-Winters. 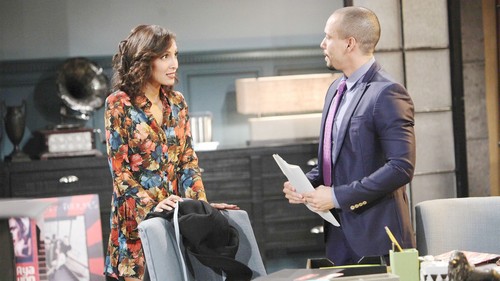 Lily will give Cane (Daniel Goddard) updates a little later. He’ll be happy when Lily reveals she ditched the modeling gig to follow her new dream. Meanwhile, Victor (Eric Braeden) will drop a bomb on Ashley (Eileen Davidson). He’ll suggest that his investigation points to her guilt, so Ashley will be fired!

After Ashley promises to slap Victor with a lawsuit, she’ll storm out and explain the situation to Abby. Y&R fans can expect Abby to hit the roof as well. She’ll scold Victor for his lack of trust before stomping off.

Later, Ashley will tell Billy (Jason Thompson) about her firing. Abby will join them as they try to form a plan of attack. The Young and the Restless spoilers say Abby will be the one to get the job done. She’ll rummage around until she finds Jack’s (Peter Bergman) cell phone bills. Victoria’s number will obviously be listed many times. 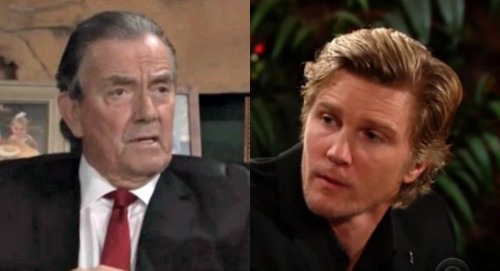 Abby will secure more evidence by obtaining the Jabot security log. It’ll show that Jack wanted his office to be unlocked for J.T. (Thad Luckinbell) that night. Abby will march back over to Victor’s office with pictures of the proof. She’ll shout that Victor fired the wrong person.

Elsewhere, Ashley will make an angry phone call to Jack. She’ll get his voicemail, so she’ll leave a message that indicates she’s never coming back to Jabot. At the TV studio, Hilary (Mishael Morgan) and Mariah (Camryn Grimes) will give Shauna (Camryn Hamm) the grand tour. When Devon (Bryton James) arrives, he’ll be surprised to hear Mariah praising Hilary for once.

Afterward, Devon and Hilary will show Shauna around Hamilton-Winters. The teen will see their chemistry and hint that they should reunite. Once Shauna’s gone, Devon will urge Hilary to set Shauna straight on the relationship issue.

Hilary will also get a shock when she contacts Shauna’s school. She’ll learn that Shauna hasn’t been there for days and doesn’t plan to take the SAT. Devon will rant about Shauna’s deception, but Hilary won’t be willing to give up on her. She’ll imply that Devon tends to walk away far too easily.

Over with Billy (Jason Thompson) and Phyllis (Gina Tognoni), they’ll chat about keeping their desires in check. Billy will tell Phyllis about Ashley getting fired. He’ll confess that he had to stop himself from throwing out the rulebook for his sister.

Billy will think they can work hard and stay on the right path. Of course, Phyllis’ obsession with Nick (Joshua Morrow) could be hard to overcome. We’ll keep you posted as other Y&R news comes in. Stick with the CBS soap and don’t forget to check CDL often for the latest Young and the Restless spoilers, updates and news.