BY hellodrdavis on September 13, 2018 | Comments: 2 comments
Related : Soap Opera, Spoiler, Television, The Young and the Restless 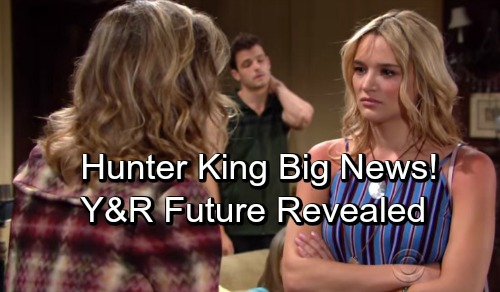 Life In Pieces chronicles the lives of the various members of the Los Angeles based Short family and stars Colin Hanks, Betsy Brandt, and Diane Weist among others.

King has portrayed Clementine Hughes on Life In Pieces since the series’ inception in 2015, first as a recurring character, then as a series regular. She has appeared in all three seasons of the show and is about to begin season 4.

King will also be welcoming her real-life sister, Joey King, to Life In Pieces in a recurring role. Joey is an accomplished actress in her own right, having appeared in several films.

But fans of The Young and the Restless needn’t worry about King’s future as the troublemaking Summer Newman. King will be pulling double-duty on both shows, just as she’s done in the past. So fans can expect to see Summer remain in Genoa City for the time being.

It’s a good thing, too, since Summer’s smack dab in the middle of some major storylines. She’s hotly pursuing Billy (Jason Thompson) and is threatening to spill the secret of Phyllis (Gina Tognoni) and Nick’s (Joshua Morrow) one-night stand. Plus, she’ll need to be around to aggravate Kyle (Michael Mealor) as he forges a new relationship with Lola (Sasha Calle).

Will you be tuning in to see Hunter King in her other role on Life In Pieces? Stay tuned to the CBS soap and don’t forget to check CDL often for the latest Young and the Restless spoilers, updates, and news.