The Young and the Restless Spoilers: Hunter King Returns to Y&R as Summer Newman – Lands Behind Bars for Hot Stint

BY Heather Hughes on May 23, 2018 | Comments: 3 comments
Related : Hot News, Soap Opera, Spoiler, Television, The Young and the Restless 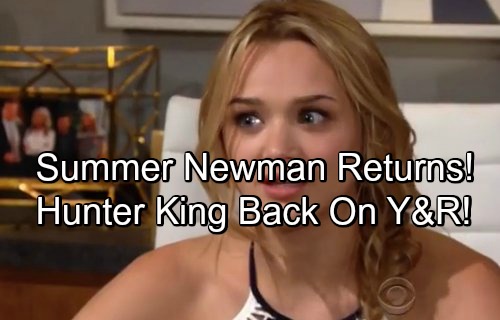 The Young and the Restless (Y&R) spoilers tease that a familiar face is about to shake things up with a hot return to Genoa City. Hunter King is headed back to the CBS soap as Summer Newman. There’s been plenty of buzz about a Summer recast lately, but it seems the show was anxious to secure King’s return instead. Love her or hate her, Summer’s going to bring some hot drama to Genoa City this June according to TV Line.

Since Y&R might want to reunite Summer and Kyle (Michael Mealor), getting King back for a stint should work out well. Sometimes it’s tough to put two recasts together and make fans care. It’ll be easier to pair up the new Kyle with the usual Summer if that’s what the show has in mind. 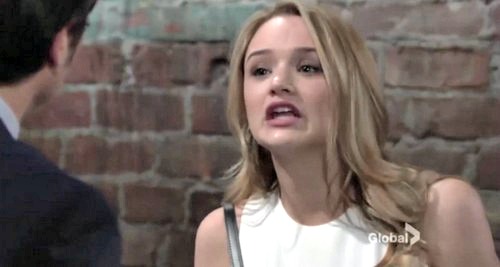 However, love won’t be Summer’s priority when she first pops up. The Young and the Restless spoilers say Summer will kick off her stint behind bars! Phyllis (Gina Tognoni) will realize her daughter’s stuck in quite a jam, which certainly isn’t what she needs right now. We can’t forget that Phyllis is still caught up in cover-up crew drama.

Phyllis is already busy trying to keep herself out of jail along with Sharon (Sharon Case), Nikki (Melody Thomas Scott) and Victoria (Amelia Heinle). Now she’ll have to work on scoring Summer’s freedom, so it sounds like some great material’s on the way. The Young and the Restless fans will be anxious to see how it all plays out. Maybe Y&R fans will get to mother and daughter sharing a cell!

King will be pulling double duty since she’s also a series regular on CBS’ Life in Pieces. You can catch her back on Y&R starting Monday, June 4. We’ll give you updates as other news comes in. Stay tuned to the CBS soap and don’t forget to check CDL often for the latest Young and the Restless spoilers, updates and news.