The Young and the Restless Spoilers: Is An Ian Ward Shocking Comeback Behind Mysterious Newman Threat – Could Y&R Villain Return? 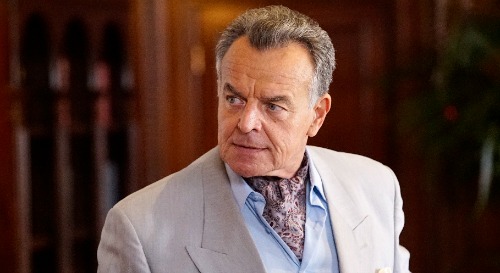 The Young and the Restless (Y&R) spoilers tease that the Newmans will face a force to be reckoned with. Victor’s (Eric Braeden) been working on business dealings in Singapore, but he’ll be back in Genoa City soon enough. Nikki (Melody Thomas Scott) and Victoria (Amelia Heinle) may try to hide their worsening mess from Victor, but there’s no way that plan will pan out for long.

There’s a chance Victor already knows about J.T.’s (Thad Luckinbill) death and the cover-up. If Tessa (Cait Fairbanks) figured it out, it’s reasonable to think Victor might’ve, too. Even if Victor’s still in the dark right now, the next few weeks should bring serious changes. The Young and the Restless spoilers say a mysterious threat will change the game.

It looks like this threat will involve someone besides Tessa. She’s just a gal who stumbled upon a secret and used it to protect her loved ones. Tessa’s not evil like the cover-up crew would have you believe. She’s clearly got some deception issues, but she’s never carried out anything truly sinister.

However, the upcoming Newman threat just might involve a real Y&R villain. Could Ian Ward (Ray Wise) return to wreak havoc? It’s been a while since Ian stirred up trouble in GC, so we’re long overdue for a visit. This J.T. cover-up storyline is actually the perfect way to bring Ian back on canvas.

Mariah has been struggling with the pain of Tessa’s dishonesty lately. She noted that she grew up with a man who told so many lies. Mariah suggested it hindered her ability to figure out what’s real and what’s not. Of course, Mariah was talking about her cult days with Ian Ward. Maybe Y&R threw in that little hint to set the stage for Ian’s comeback.

Plus, we have to consider how Tessa found the J.T. evidence. She came across some files at Dark Horse, which had been part of Nick’s (Joshua Morrow) Newman Enterprises hacking. Ian was once part of the infamous Paragon Project, a terrible virus that put the whole company at risk. If he could orchestrate that with Adam, he could certainly get his hands on the same footage Nick got.

Could Ian have some serious leverage by now? To take it a step further, could he have moved J.T.’s corpse? That sounds like a very Ian thing to do. He may plan to torment Victor and Nikki when the time is right. If they don’t cooperate, Rey (Jordi Vilasuso) could get an incredibly gruesome delivery.

Ian’s return is just speculative right now, but it definitely presents an entertaining option. The Young and the Restless spoilers say some major twists are ahead, so putting Ian in the middle of this would be a big one! We’ll give you updates as other Y&R news comes in. Stay tuned to the CBS soap and don’t forget to check CDL often for the latest Young and the Restless spoilers, updates and news.