The Young and the Restless Spoilers: Is Graham Still Alive – Returns To Reveal His Shocking Paternity

BY Sean O'Brien on January 20, 2018 | Comments: one comment
Related : Soap Opera, Spoiler, Television, The Young and the Restless 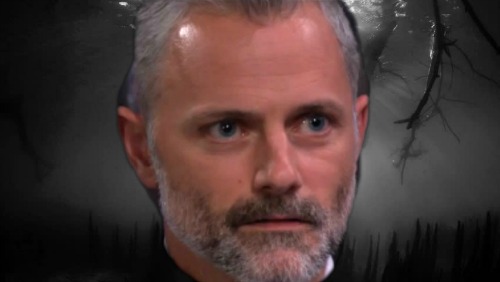 The Young and the Restless spoilers tease that Graham (Max Shippee) should not be assumed dead. Yes, Dina (Marla Adams) acted in self-defense, seemingly causing Mr. Bloodworth to inject himself with a toxic chemical that was intended to kill Madame Mergeron. But the soapy rub feels like Y&R fans may not have seen the last of Shippee’s enigmatic character. Y&R viewers recall that although Dina consented to remove Graham from life support nothing seen on screen proves he is actually dead.

So, who is Graham? Actually, viewers don’t know his full backstory. Instead, they learned awhile ago that his mother, Myrna (Marcia Rodd), was involved with Brent Davis (Bert Kramer), who was said to be Graham’s stepfather. That local tennis pro also fathered Ashley (Eileen Davidson) via Dina, which sparked the Bloodworth’s vendetta against the Abbott family. 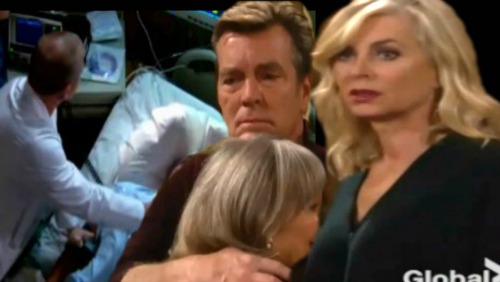 Myrna saw Dina as the homewrecker when the tryst with Brent occurred in the 1960’s. The mother-son revenge plan began to play out approximately two years ago, when Graham targeted Dina while she was running Mergeron in France. Graham met Madame at a party, got himself hired and eventually became her main companion.

The Abbott family was naturally suspicious of Graham when he accompanied Dina to Genoa City. His subsequent attempts to keep her from them then led to an ongoing series of viscous battles.

Myrna was not shown when Graham took Dina to Florida in the fall. That was strange as his mother lives in that state. However, that southern setting was later used as the location where Graham and Dina had gotten married.

Killing Graham off at this point would leave the plot line question open as to who this man’s biological father is. An easy assumption would tag John (Jerry Douglas) as that person. Myrna’s presented demeanor allows Y&R fans to believe that she could have easily pursued Dina’s then-husband.

Hardcore viewers recall that Jill (Jess Walton) tricked John, which led to Billy’s (now played by Jason Thompson) conception many years ago. It’s therefore not hard to believe Myrna did something similar with John. Douglas’ character may not have known that he sired another son, even if a presumed connection with Myrna was consensual.

It’s fair to then wonder why Graham would go through such an elaborate scheme to first become Dina’s main heir, become her medical power of attorney, marry her and then try to kill her if he knew that John Abbott was his biological father? This would have provided Graham with wealth and revenge merely by taking a DNA test. But that also begs the question as to whether Graham is aware of the assumed biological connection to John?

Any other man of Genoa City significance could be Graham’s father. Consider, for instance, if it was Victor (Eric Braeden) and how that would affect the show. CDL is a leading source for everything linked to The Young and the Restless. Check back regularly for Y&R spoilers and news!