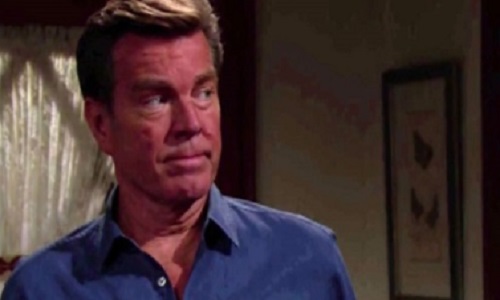 The Young and the Restless (Y&R) spoilers tease that Victor (Eric Braeden) will finally recover enough to reveal attacked him. He’ll make it clear that J.T.’s (Thad Luckinbell) to blame for his suffering, so Christine (Laralee Bell) will have some good news to pass along. She’ll meet with Jack (Peter Bergman) in the jail’s visiting area and suggest that she wanted him to hear this from her.

Christine will explain that Victor was able to confirm J.T. as the attempted murderer. There might be a bit more paperwork to take care of first, but Jack will soon be free to go. The Young and the Restless spoilers say Jack will breathe a huge sigh of relief. He was starting to wonder if he’d ever get out of there!

Let’s hope Christine offers an apology for the ordeal Jack’s had to go through. The GCPD is beyond incompetent, but they never seem to realize it. These people need to do a little more training or perhaps find different careers! Nevertheless, Genoa City’s stuck with bumbling Paul (Doug Davidson) and Christine, so GC residents will just have to make the best of it.

However, Jack probably won’t care too much about the time he spent suffering. He’ll just be happy that he has his freedom. Naturally, taking back control at Jabot will be number one on Jack’s to-do list. He’ll want to show Kyle’s (Michael Mealor) who’s boss and defend the family company from Victor’s nefarious strategies. 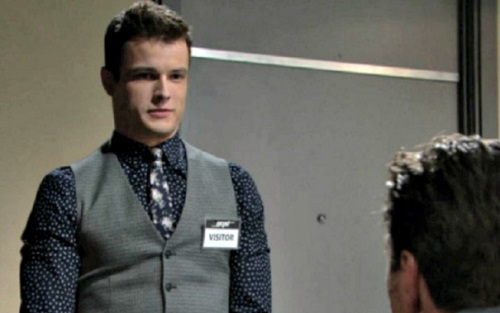 Billy (Jason Thompson), Ashley (Eileen Davidson) and Abby (Melissa Ordway) will all back Jack up on this. None of them trust Kyle, so expect more conflict within the Abbott clan. Of course, the evidence suggests that most of these people aren’t really Abbotts at all!

Ash and Abby obviously don’t have Abbott blood, but they’re not the only ones according to the DNA proof. Jack and Kyle aren’t true Abbotts either – at least if Y&R sticks with that story. The Young and the Restless spoilers say the shocking secret will be exposed pretty soon. This is sure to shake things up, so stay tuned for some wild drama.

Are you looking forward to the aftermath of this startling revelation? We’ll give you updates as other Y&R details emerge. Keep watching the CBS soap and don’t forget to check CDL often for the latest Young and the Restless spoilers, updates and news.