BY Heather Hughes on March 11, 2018 | Comments: one comment
Related : Soap Opera, Spoiler, Television, The Young and the Restless 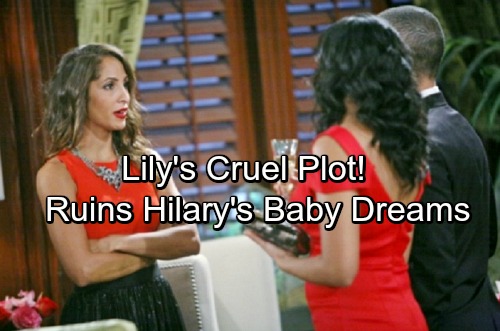 The Young and the Restless (Y&R) spoilers tease that Lily (Christel Khalil) will get some stunning news. On Monday, Devon (Bryton James) will decide to be the father of Hilary’s (Mishael Morgan) child. He’ll know this arrangement will come with complications, but he’ll still choose to go for it. Devon will feel a strong desire to be a dad, so he’ll just find a way to make it work.

Of course, Lily’s not going to be happy about this. Once she gets over the shock of Devon’s decision, she’ll hit the roof. Lily will practically forbid Devon from going through with this, but he won’t listen. Devon has a right to live his own life and perhaps make his own mistakes in this case. 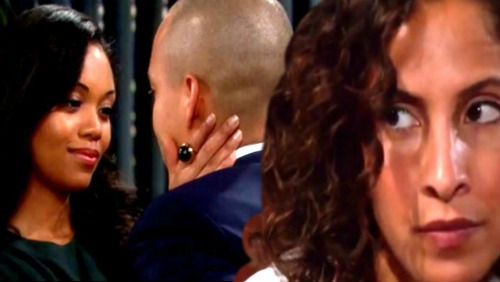 Nevertheless, Lily can’t help but feel protective. She’ll determine that she has to put a stop to this mess before it goes any further. Lily will make once last attempt to talk some sense into Devon. When that doesn’t work, The Young and the Restless spoilers say a dark scheme will take shape. Lily will be prepared to take drastic action!

Lily will brainstorm strategies to sabotage this baby plan. She just can’t stand by and watch Devon attach himself to Hilary forever. Lily will undoubtedly suspect this will lead to a reunion. The last thing she wants is Devon getting caught in Hilary’s web again. 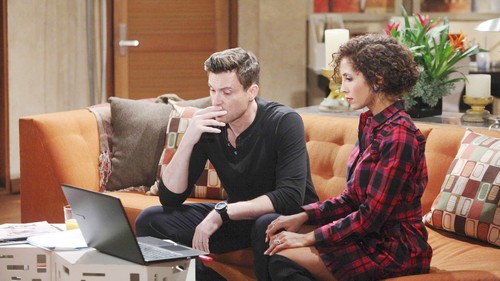 What will Lily cook up? How will she try to derail Hilary’s dreams? The Young and the Restless is keeping a tight lid on the details, but you can bet this plot will be a real doozy! Lily will hold nothing back as she works to bring Hilary down. She’ll want to show Hilary’s true colors, but she seems to be underestimating “Hevon’s” deep connection.

It sounds like Lily could inadvertently push Devon in Hilary’s direction. He’ll surely come to Hilary’s rescue once Lily’s sneakiness is exposed. Y&R fans can expect some fierce fights and bold moves during the chaos. The Young and the Restless spoilers suggest that Devon and Hilary will indeed have a kid down the road. After all this buildup, there’s just no way around it.

For now, Lily will give this scheme her best shot. She’ll get started on Wednesday, but March Madness preemptions will put things on hold this Thursday and Friday. We’ll give you updates as other Y&R details emerge. Stay tuned to the CBS soap and don’t forget to check CDL often for the latest Young and the Restless spoilers, updates and news.