The Young and the Restless Spoilers: Monday, June 18 – Jack Learns Phillip Chancellor Could Be His Father – Victoria’s Chilling Message

BY Heather Hughes on June 14, 2018 | Comments: one comment
Related : Soap Opera, Spoiler, Television, The Young and the Restless 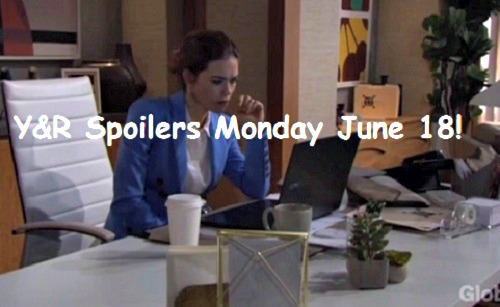 The Young and the Restless (Y&R) spoilers for Monday, June 18, tease that Jack (Peter Bergman) and Kyle (Michael Mealor) will seek answers. On Friday, Jack finds a key mixed in some of Dina’s (Marla Adams) belongings. He’ll put it to good use on Monday by tracking down the safe deposit box it opens.

With Kyle by his side, Jack will examine an important document. He’ll suddenly realize Phillip Chancellor could be his father! Of course, there’s no guarantee this stunning development will stick. Most Y&R buzz suggests Jack could be an Abbott after all. However, anything can happen on the CBS soap. It’s possible Jack’s truly a Chancellor, so stay tuned for more info.

Meanwhile, Summer (Hunter King) will continue to make Billy (Jason Thompson) uncomfortable. She just loves to get under his skin, but he doesn’t know how much more he can take. Billy is aware of how dangerous Summer’s flirting could be. He’s dating her mother, so this isn’t the ideal situation. The last thing Billy wants is for Phyllis (Gina Tognoni) to get the wrong idea.

Nevertheless, Summer won’t let anything or anyone dissuade her. She’ll call Billy a “naughty boy” and practically throw herself at him. It’s clear that Summer’s determined to stir up trouble! Later, The Young and the Restless spoilers say Summer will also spend some time with Kyle. She’s having fun with Billy, but she’s probably pining for her ex deep down.

At home, Nick (Joshua Morrow) will drop to one knee and ask Sharon (Sharon Case) to marry him. They haven’t been dating that long, but it’s not like this is their first rodeo. When it’s right, it’s right. Nick will contend that he knows what he wants and it’s Sharon. Will she accept his hasty proposal or push Nick to ask again at a later date? Y&R viewers will be anxious to see Sharon’s reaction.

Finally, Victoria (Amelia Heinle) will deal with a shocker. It looks like it’ll happen later next week, June 18-22, but we should go ahead and talk about it anyway. A bombshell this juicy has to be addressed! While Victoria’s working on her computer, she’ll receive a chilling message. A distorted voice will insist that Victoria’s secrets aren’t safe anymore.

Does someone know the truth about J.T. (Thad Luckinbill) and the night of the party? Who could it be? Will Victoria face a blackmail threat? We’ll give you updates as other Young and the Restless news comes in. Stick with Y&R and don’t forget to check CDL often for the latest Young and the Restless spoilers, updates, and news.