The Young and the Restless Spoilers: Monday, May 21 – Nikki Horrified by Sharon’s News – Devon Makes His Move with Hilary

BY Heather Hughes on May 17, 2018 | Comments: one comment
Related : Soap Opera, Spoiler, Television, The Young and the Restless 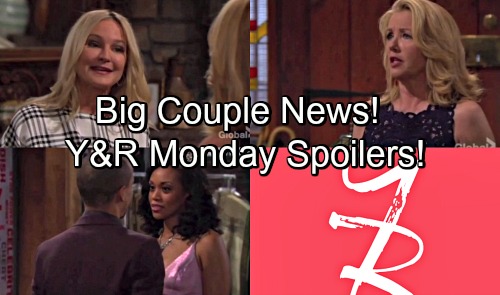 The Young and the Restless (Y&R) spoilers for Monday, May 21, tease that Nick (Joshua Morrow) and Sharon (Sharon Case) will have some exciting updates to share. Y&R fans know that these two have been enjoying a casual arrangement, but everything changes in Friday’s episode. Sharon and Nick decide sex isn’t enough, so they opt for a real reunion instead.

On Monday’s new Y&R episode, it’ll be time to spread the word. Some Genoa City residents should be happy for these lovebirds. Others will be downright appalled! It may take some time for this news to trickle out, but at least one person will be filled in ASAP. Sharon will take great delight in gloating about this to Nikki (Melody Thomas Scott). She’ll drop a huge hint and grin over Nikki’s stunned reaction. 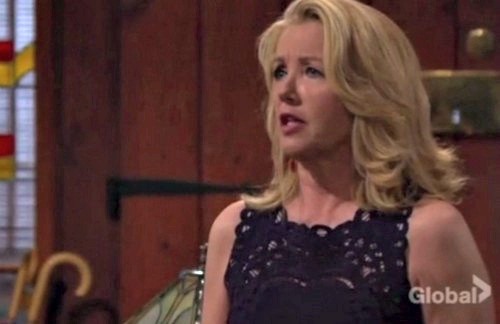 Nikki will beg Sharon not to tell her they’re getting back together. However, Sharon will insist that’s exactly what she’s trying to say. She’ll note that she can’t resist Nick and he feels the same way. Their love for each other has reignited, so Sharon will urge Nikki to get on board. Whether Nikki likes it or not, she’ll just have to get used to the reconnection.

Other Young and the Restless spoilers say Devon (Bryton James) and Hilary (Mishael Morgan) will spend time with Shauna (Camryn Hamm). Y&R viewers will recall that Hilary’s been mentoring this teen, so Shawna will probably need some advice. She’ll turn to Hilary for help and Devon will undoubtedly pitch in as well. 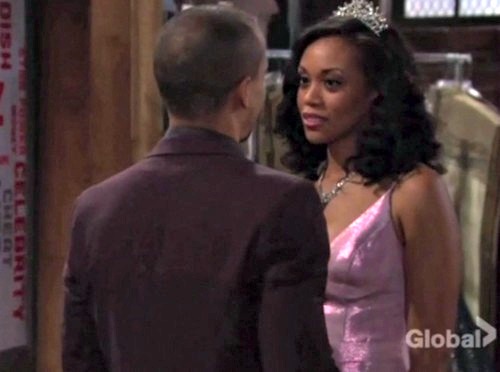 Devon should be impressed by Hilary’s thoughtful guidance and commitment to this girl. No matter what obstacles appear, Hilary always refuses to give up on Shawna. She’ll continue to see a lot of potential in her, so she’ll want to develop that.

Once Devon sees Hilary in action, he’ll probably tell her she’s going to be a great mom. That should bring another round of warm moments. The Young and the Restless spoilers say Hilary will look surprised as Devon moves in close. He’ll wrap his hand around her waist and tilt his head.

Will we see a kiss between these two at last? It’s been far too long and there have been several almost smooches lately. Perhaps Y&R will finally let these two lock lips again. We’ll keep you posted as other details emerge. Stay tuned to the CBS soap and don’t forget to check CDL often for the latest Young and the Restless spoilers, updates, and news.