BY Heather Hughes on May 3, 2018 | Comments: one comment
Related : Soap Opera, Spoiler, Television, The Young and the Restless 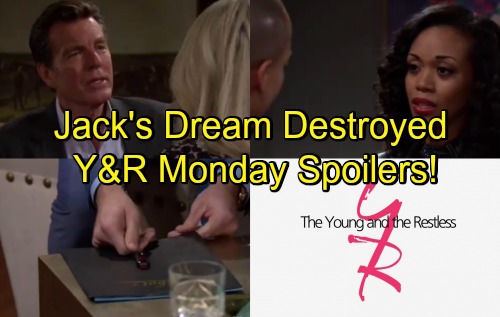 The Young and the Restless (Y&R) spoilers for Monday, May 7, tease that Sharon (Sharon Case) will find herself in a tight spot. In Friday’s Y&R episode, Nick (Joshua Morrow) realizes Sharon may not be telling him the whole story. He points out her suspicious behavior and demands the truth about the party.

On Monday, Sharon will have to make a choice. She’ll ultimately decide she can’t break her pact with the rest of the group. It’d just be too risky. Instead, Sharon will argue that her feelings for Nick have returned and that’s the only reason she’s so out of sorts. She’ll claim this has nothing to do with the girls’ night bash. 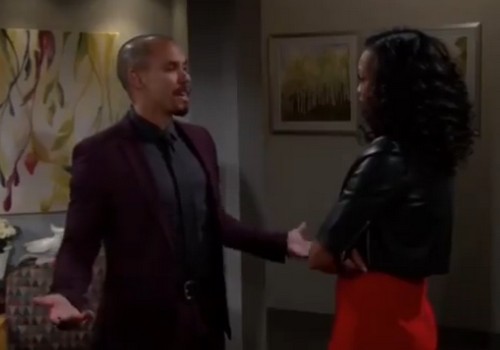 Sharon will successfully distract Nick from the real problem. She’ll even seal the deal with some hot sex. Once they’re through, Sharon may realize she killed two birds with one stone. She’ll have the man she wants and he’ll back off the party angle. Nevertheless, Nick has to learn the truth at some point. Once the deadly shocker gets out, Sharon will have to answer for her lies.

In the meantime, Hilary (Mishael Morgan) will worry about a lie of her own. She hasn’t confessed the chemical pregnancy situation to Devon (Bryton James) yet. In fact, Hilary never planned to. She’d much rather use Devon’s sample, get pregnant and pretend she’s been expecting all along. 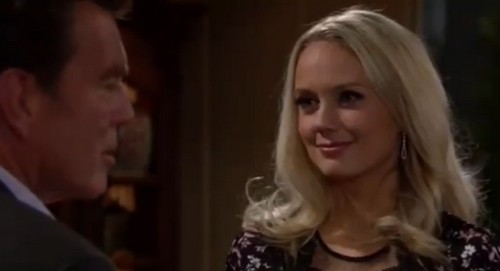 Unfortunately, that scheme may not work out. Devon shows up at the appointment to support Hilary on Friday, so what will she do on Monday’s new Y&R episode, May 7? Hilary could try to get rid of Devon and buy a little more time. However, The Young and the Restless spoilers state that Hilary will make a confession this week. Will she just go ahead and come clean to Devon? Will her honesty hurt or help her chances with him?

It’s clear that Hilary and Devon have a lot more drama ahead of them. The same goes for the Abbott clan. The Young and the Restless spoilers say Jack (Peter Bergman) and Abby (Melissa Ordway) will discuss Kyle’s (Michael Mealor) potential. Despite his son’s betrayal, Jack will believe Kyle has a bright future at Jabot.

Alas, it seems that’s not meant to be. Victor’s (Eric Braeden) next bomb will come from Kyle the traitor, so Jack’s sure to be furious. We’ll give you updates as other Y&R news comes in. Stay tuned to the CBS soap and don’t forget to check CDL often for the latest Young and the Restless spoilers, updates, and news.