The Young and the Restless Spoilers: Next 2 Weeks – Disturbing Discovery Rocks Nick and Sharon – Kyle and Victor In Trouble 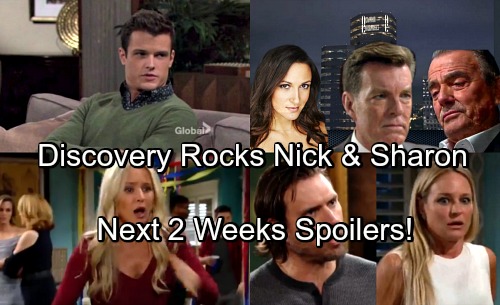 The Young and the Restless (Y&R) spoilers for the next two weeks tease that big bombshells are on the way. The week of April 23-27 will deliver some major drama. For starters, Sharon (Sharon Case) could near her breaking point. She’ll have a horrible vision of J.T. rising from the dead!

That’ll certainly be enough to shake Sharon up, but Phyllis (Gina Tognoni) will surely try to keep her mouth shut. Victoria (Amelia Heinle) will also get some support from Nikki (Melody Thomas Scott) and her therapist. However, they won’t be able to prepare for the shocker ahead. Mac (Kelly Kruger) will come back to town looking for information on missing J.T. (Thad Luckinbell). 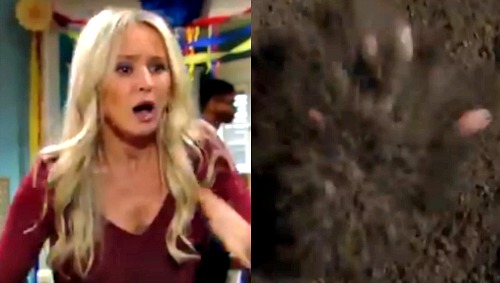 Nick (Joshua Morrow) will hear about a secret this week, but which one and who will give him the news? Sharon’s always an option, but The Young and the Restless spoilers hint that someone else might crack. Phyllis seems the least likely to break, but it’d be a real twist if she was the one to divulge something.

However, Nikki and Victoria could just as easily blab to Nick. He may not hear about the cover-up yet, but info on Victoria’s abuse would really rattle him. Meanwhile, Kyle (Michael Mealor) will dig deeper than ever as he seeks Dina’s (Marla Adams) secret. It sounds like he’ll make real progress, so that can’t be good! 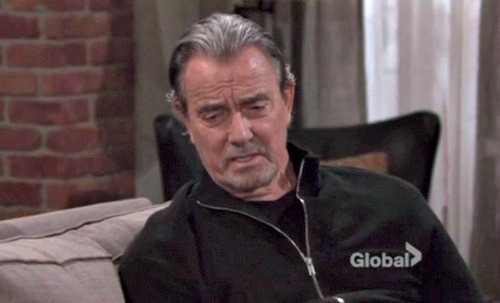 During the week of April 30-May 4, Kyle and Victor’s (Eric Braeden) partnership will lead to trouble. Things will take a perilous turn, so it’s safe to say their alliance was a bad idea. Kyle will also get into quite a battle with Billy (Jason Thompson). It appears they’ll do some bickering at Jabot, so Kyle’s return will continue to bring turmoil

Elsewhere, Sharon and Nick will struggle to resist each other. They’ll be tempted to reignite their passion, so we’ll see how long they can hold out. Nick and Sharon will also get updates that leave them unsettled. Will J.T.’s body be found? That’d certainly be a disturbing discovery, especially for Sharon and the rest of the cover-up crew. 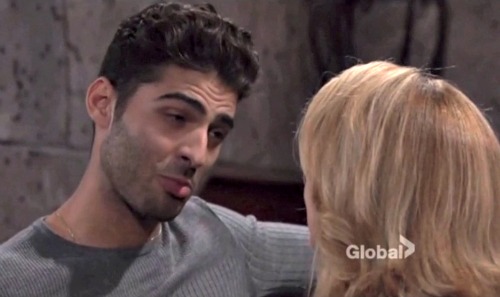 Other Young and the Restless spoilers say Nikki will make some changes. It looks like she’ll leave her hot hookups behind her and free Arturo (Jason Canela) to be with Abby (Melissa Ordway). Victor (Eric Braeden) will undoubtedly part ways with Helen (Sitara Hewitt) soon as well. Y&R fans are anxious to see Nikki and Victor start inching toward a solid marriage.

Nikki will also keep running the show at Newman, so maybe she’ll take charge of a few situations there, too. In the meantime, Nikki will have to hide her startling actions. She killed J.T., so how long until Victor finds out? We’ll keep you posted as other Y&R details emerge. Stick with the CBS soap and don’t forget to check CDL often for the latest Young and the Restless spoilers, updates, and news.