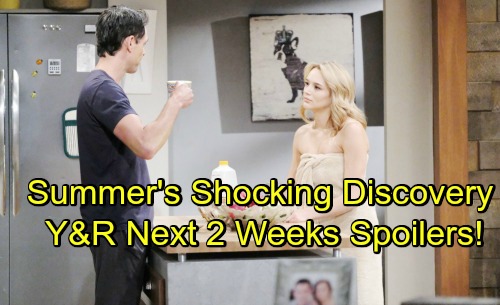 The Young and the Restless (Y&R) spoilers for the next two weeks tease that things will take a shocking turn in Genoa City. The week of August 6-10 will bring more drama for Phyllis (Gina Tognoni) and Billy (Jason Thompson). Y&R fans know Billy’s been working on a secret project, so he’ll finally make an announcement soon. The Fenmore’s crew won’t be too happy about what he divulges.

Billy intends to open some new Jabot boutiques, which will give Fenmore’s some serious competition. Lauren (Tracey E. Bregman) will immediately complain about the hit to their cosmetic departments. She won’t think this move is fair, but Billy will insist that it’s his way or the highway. 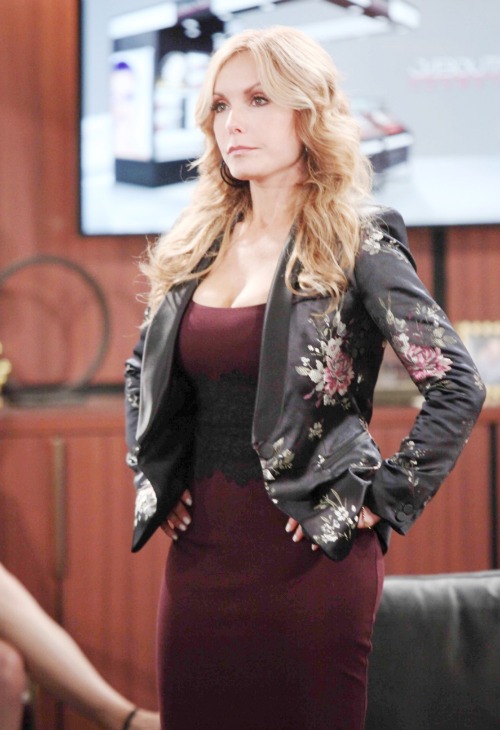 Naturally, Phyllis will get caught in the middle of this war. Lauren will push Phyllis to show her loyalty, but Billy won’t appreciate that. “Philly” just made amends, but they’re already facing another blow. Meanwhile, Summer (Hunter King) will move forward with her plan. She can’t stand the fact that Billy’s resisting her, so she’ll really pile on the temptation.

After Summer plants a kiss on Billy, how will he feel about it? Since Billy will be miffed with Phyllis, that could spell trouble. It’ll just make it even harder to hold back. Of course, Phyllis won’t exactly be innocent either. She’ll let Jack (Peter Bergman) kiss her as well, so some romantic shakeups are on the way. 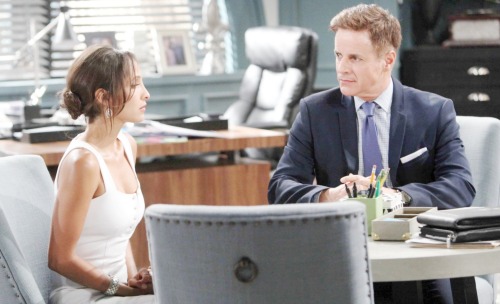 Over with Lily (Christel Khalil), she’ll turn herself in for running the red light and causing the crash. That’ll lead to a fierce faceoff between Devon (Bryton James) and Cane (Daniel Goddard). Devon will want to see Lily behind bars for decades, but Cane won’t appreciate having his family torn to pieces.

The week of August 13-17 will keep the drama going. Lily and Devon’s relationship will continue down a dark road, so don’t miss all the shockers ahead. In the meantime, Summer will discover something that leaves her stunned. Will she find out that Nick (Joshua Morrow) was the one who hooked up with her mom? Could she learn Phyllis and Jack locked lips instead?

Regardless, Summer will probably blab to Billy as soon as she can. She can certainly use this to worm her way into his bed. Elsewhere, Neil (Kristoff St. John) will turn on the charm with Ashley (Eileen Davidson) again. He’ll change his mind about sticking with friendship, so Ashley will likely approve. 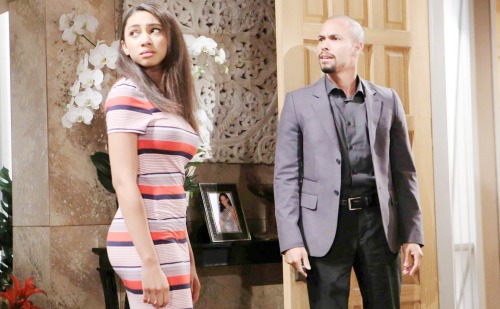 Other Young and the Restless spoilers say Nick will make a surprising move. Victor (Eric Braeden) will grow suspicious of his son’s motives. If Nick makes an attempt at peace, you can bet Victor won’t buy it. Nick’s a different man these days, so he could be setting a trap.

Finally, Rey (Jordi Vilasuso) will show up in Genoa City. Y&R spoilers say someone owes him big time, so he’ll be back to collect repayment or a favor of some sort. It sounds like Arturo (Jason Canela) may get a visit from his brother soon enough.