The Young and the Restless Spoilers: Nick Falls Fast and Hard, Reunites with Soul Mate – Sharon Finally a Mom to Christian Again 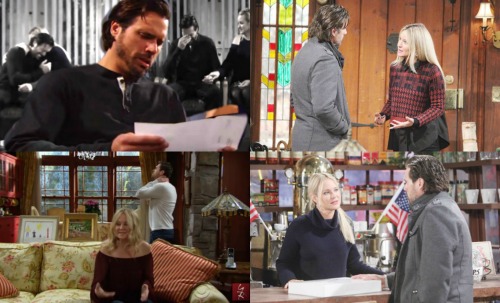 The Young and the Restless (Y&R) spoilers tease that Nick (Joshua Morrow) will quickly move his things into Sharon’s (Sharon Case) place. He knows little Christian (Jude and Ozzy McGuigen) is going through a lot of changes right now, but that’s just the way it has to be. At least Nick can be sure that Sharon (Sharon Case) isn’t going anywhere.

Christian should be used to sudden adjustments by now. He’s lived in several homes with different people serving as Mom and Dad. Change is pretty normal for this kid, so Christian should be just fine. Nick, on the other hand, will continue to struggle. He lost what he thought was a devoted fiancée and he knows he’s not Christian’s biological father.

Fortunately, Sharon will do her best to be there for Nick. He’s feeling quite vulnerable and Sharon is very single. This sounds like the perfect recipe for a reunion. Y&R has been building toward this for a while now, so it’s nice to see that the plan’s finally moving along.

The Young and the Restless spoilers hint that Nick will fall fast and hard. He’ll appreciate Sharon’s support, so it won’t take long for love to bloom again. Of course, Mariah (Camryn Grimes) will have some concerns. She can tell that Nick cares about Sharon, but Christian could be the big issue. 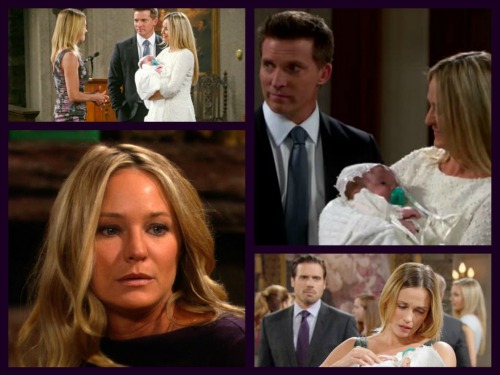 Mariah probably won’t like the idea of Sharon bonding with Christian and having him yanked away again. It could certainly happen if Sharon and Nick’s renewed romance goes south. Mariah’s right to be wary, but it seems Sharon and Nick have a real shot a future. These two are definitely soul mates. There’s a reason why they always drift back to each other and it just might be fate.

Sharon will probably assure Mariah that she’s just trying to be a good friend to Nick, but Y&R fans know better. Mariah will also sense that there’s more to the story. Nick and Sharon may get some raised eyebrows from other loved ones as well.

Nevertheless, they won’t let it stand in their way. When something’s right, it’s right. Sharon and Nick will be powerless to stop their growing feelings for each other. As a bonus, Sharon will get her beloved little boy back. She may not be Christian’s real mother, but she loved him like she was once upon a time. Since Nick isn’t Christian’s biological parent either, they’ll have something to connect over.