The Young and the Restless Spoilers: Phyllis’ Double Betrayal Burns Billy – Pushes Him to Summer’s Bed, Revenge Hookup Is Sweet 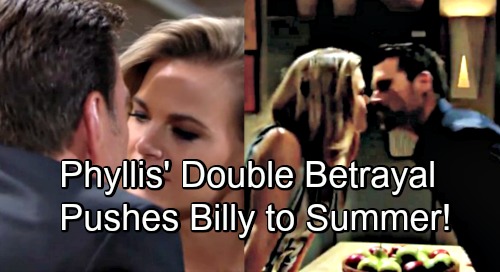 The Young and the Restless (Y&R) spoilers tease that some “Philly” bombs are about to drop. It’s easy to pinpoint when Phyllis (Gina Tognoni) and Billy’s (Jason Thompson) troubles started. It was the moment Summer (Hunter King) waltzed back into Genoa City. Ever since Summer returned, she’s been on a mission to start fires. It seems her ultimate goal is to burn “Philly” down!

Of course, Billy and Phyllis aren’t blameless. They’ve allowed Summer to put them on this dangerous path. They should’ve known better than to let Summer manipulate them, but it’s too late now. Secrets are swirling, so things are sure to explode. Summer certainly kicked off a shocking chain reaction. 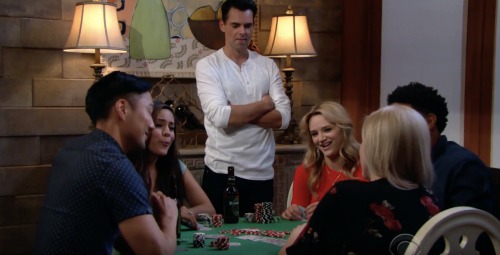 When Summer got Billy back into gambling, it set up his deception and the fight that followed. Phyllis as a hot temper, so it made it easy to kick Billy out and hook up with Nick (Joshua Morrow) soon after. Unfortunately, Billy and Phyllis will both have something else to hide soon.

True to form, Summer will cause another round of chaos. She’ll plant a kiss on Billy and put herself in the position to possibly get more. Since Phyllis and Billy will be at odds over Fenmore’s issues anyway, Billy could be tempted to go all the way with Summer. Y&R fans know Summer would definitely be on board. 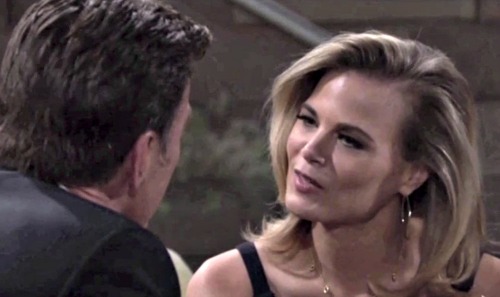 However, Billy might stop himself at the last second. He truly loves Phyllis, so he may hope they can work things out. Unfortunately, Jack (Peter Bergman) will be busy making his move across town. He’ll lock lips with Phyllis, so she’ll share another passionate secret with an ex.

During the week of August 13-17, The Young and the Restless spoilers say Summer will do some digging and make a major discovery. What if she manages to uncover the identity of Phyllis’ mystery man AND learns about the kiss with Jack? The blow of a double betrayal would surely lure Billy to Summer’s bed. 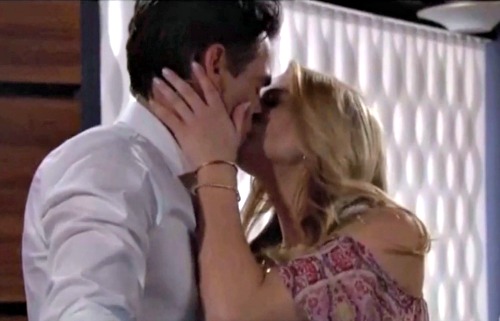 Billy’s been hung up on the fact that Summer is Phyllis’ daughter. He may not care once he hears what Phyllis did with Nick (Joshua Morrow) and Jack. They’re both her former flames and Jack is Billy’s brother. Perhaps Billy will decide he might as well give Summer what she wants and get some payback.

Is this how Summer will finally get her wish? Will her Billy hookup be everything she dreams it’ll be? Can “Philly” survive the explosion of all this? We’ll give you updates as other Young and the Restless news comes in. Stay tuned to Y&R and don’t forget to check CDL often for the latest Young and the Restless spoilers, updates, and news.