BY Marcy Cohen on January 16, 2018 | Comments: one comment
Related : Soap Opera, Spoiler, Television, The Young and the Restless 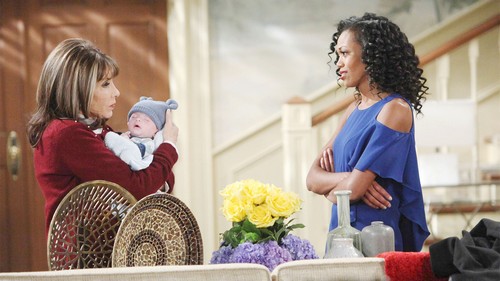 The Young and the Restless (Y&R) spoilers reveal that Phyllis (Gina Tognoni) has some tricks up her sleeve. Her friendship with Hilary (Mishael Morgan) has been growing stronger over the last few months and many Y&R fans are delighted. Hilary and Phyllis clearly have a lot in common. They’re both schemers when the situation calls for it, but there’s some good in them as well.

Phyllis could tell that Cane (Daniel Goddard) and Lily (Christel Khalil) wanted to reunite, so she did her best to make it happen. She didn’t put them back together singlehandedly, but she was an important step on their journey of reconnection. Billy (Jason Thompson), Hilary and Jill (Jess Walton) also did what they could along the way. It was a real team effort.

However, Phyllis is almost ready to tackle a new project. This one could involve improving her bestie’s love life. The Young and the Restless spoilers state that Phyllis will come up with a sneaky plan. She’ll think she can work her magic and get Hilary the happiness she deserves. 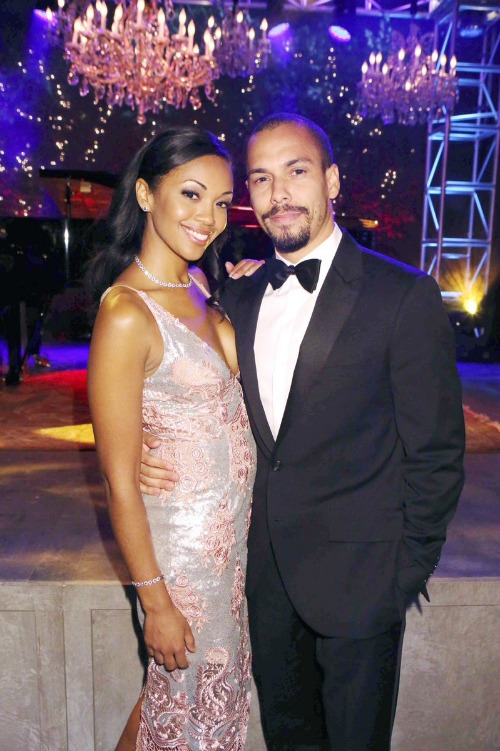 Naturally, that would involve a reunion with Devon (Bryton James). Hilary let go of her ex, but that decision isn’t going to leave her satisfied forever. Y&R viewers are rooting for Hilary and Devon to finally become a couple again. It looks like Phyllis will be rooting for that, too.

Hilary may find herself caught in a love trap soon enough. Will Phyllis devise ways to push Devon and Hilary toward each other? Perhaps she’ll arrange for some romantic situations. Hilary and Devon just need a little nudge in the right direction. They skipped the mistletoe kiss and avoided a New Year’s Eve lip lock, but they can’t fight their feelings forever!

All of these near-kisses are building to one that actually happens. A trip to the bedroom shouldn’t be far behind. At some point, Devon and Hilary have to accept that they’re meant to be. Since Hilary wants a baby, it’s obvious that a family storyline is brewing. Devon and Hilary will undoubtedly raise some kiddos together.

The Young and the Restless spoilers hint that Devon and Hilary’s reunion is a done deal. It’s just a matter of how long it takes to happen. “Hevon” fans are hoping for sooner rather than later! We’ll give you updates as other Y&R news comes in. Stay tuned to the CBS soap and don’t forget to check CDL often for the latest Young and the Restless spoilers, updates and news.