BY Sean O'Brien on October 9, 2018 | Comments: one comment
Related : Soap Opera, Spoiler, Television, The Young and the Restless 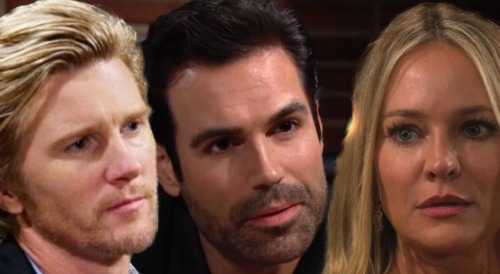 The Young and the Restless spoilers tease that the crimes involving J.T.’s (Thad Luckinbill) accidental death will soon be solved by Rey (Jordi Vilasuso). But as he does that Sharon (Sharon Case) will eventually be protected as well.

The actual act of hitting J.T. over the head was not a crime. Nikki (Melody Thomas Scott) was protecting her daughter based on parental instinct. If Scott’s character had simply reported the truth to Paul (Doug Davidson) there likely would have been no legal problems. But Phyllis (Gina Tognoni) felt compelled to create a coverup and form a crew.

Vickie (Amelia Heinle) wanted to report what happened to the authorities. She actually tried to do so while J.T. was in her bedroom, just prior to him freaking out of character. Yes, Y&R’s wreck of Luckinbill’s alter ego need not have happened. But it did and so this dilemma was forced into existence and must now be resolved.

As for Sharon, yes, she was caught up in that horrid night’s proceedings. Oddly invited to Vickie’s house as part of Y&R’s concocted plot, Case’s character followed Nikki and Phyllis into the room where loud voices were heard.

Rey, who’s taken a shine to Sharon, while also becoming her Crimson Lights’ boarder, will see his actions and personal feelings intermix with discovered facts. He’s purposely lured Sharon to an invented position at the GC Police Department based on the belief that she’ll knowingly, or unknowingly help him solve the mystery of J.T.’s disappearance.

The reason why crimes was used in the headline of this feature, rather then inserting the singular version of that noun, being a thing, involves the non-reporting of J.T.’s death and his unlawful burial at Chancellor Park.

Sharon is not fully innocent, as she has never reported what she knows to Paul, or to the man who’s become his on-screen replacement. But detective Rosales has knowingly created a conflicted situation in offering Sharon a position based on false pretenses.

Would someone who just earned a college degree (which may have been an associate’s, based upon the time Sharon was actually studying) be the most qualified candidate to hired as a victim’s liaison? As this position is part of GC’s government, a job posting would have to be offered and candidates interviewed. None of that happened when Paul allowed Rey to employ his scheme.

Sharon’s past volunteer role at the connected Crisis Center was laudable. But that work would also not entitle her to be given a job with the police department.

Michael Baldwin (Christian Le Blanc) will likely need to lay out his proposed client’s (Sharon) lack of qualifications for the job she was handed as a play against any charges Rey might try to have filed against her as part of the coverup crew. Although, Rey’s personal feelings about Sharon could also come to sway her proposed legal issues.