The Young and the Restless Spoilers: Sharon and Nick’s Reconciliation – Shick’s Destiny Revealed 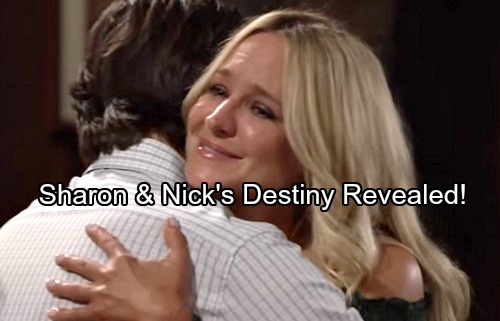 The Young and the Restless spoilers tease that a full-blown Shick reunion will happen. It’s taken over a decade, but by gosh and golly Y&R has finally written this once-great pairing nearly back together. The shrill sound heard represents haughty groans from those who are opposed to Sharon (Sharon Case) and Nick (Joshua Morrow) reuniting. And, exactly who is anyone, or brash contingent to say what two people shouldn’t do?

Yes, this scribe is aiming his gaze directly at those know-it-alls who believe Sharon never was and never will be right for Nick, or that Nick isn’t worthy of Sharon, or whatever. Well, opinions are like brains. Everyone has one, to varying degrees of weight. 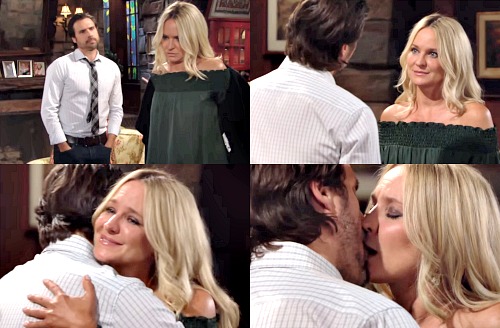 Fictional facts reveal that Sharon was the first person to forgive Nick after he foolishly took up with Phyllis (then played by Michelle Stafford). Oh, the former Red’s appeal wasn’t lost on this keyboard, as Stafford was sizzling. But Nick was wrong to leave his grieving wife after Cassie (Camryn Grimes) died.

All who assault Sharon’s character rarely reference the origin of Shick’s split when chiding this strong woman. Nor do they respectfully mention her mental health issues, or give deep credit where it’s obviously due to her for harnessing that challenge. Both points confirm that observer’s view of reality is purposely skewed, thereby revealing any so-called relationship advice as nothing more than popping off.

And then there are those who say that Nick isn’t worthy to be with Sharon. Really?

Nick, like Sharon, has made his mistakes. But he’s forgiven her for lying about Christian’s (Jude and Ozzy McGuigen) paternity. That point isn’t intended as a counter to what Phick’s emergence did to Shick years ago, but does represent something important.

When two people care for each other, they forgive. That is the basis of healthy human relationships. In this instance, the journey Sharon and Nick have been on since the mid-part of the last decade has led them to each other in early 2018.

Here’s hoping that Y&R has has plotted a full Shick reunion, including another wedding ceremony. Marriage represents more than a legal commitment. It’s a purposely leap that tells society “We stand together!”. The intended trappings of the institution are meant to make it hard for said duo to decouple based on subsequent whims of the heart, or mind.

Stable pairings have been the hallmark of well-known soapy couples for generations. Yes, Shick has earned a sequel. CDL is a leading source for everything linked to The Young and the Restless. Check back regularly for Y&R spoilers and news!