The Young and the Restless Spoilers: Shick Happens By May Sweeps – Sharon Wins Nick’s Heart 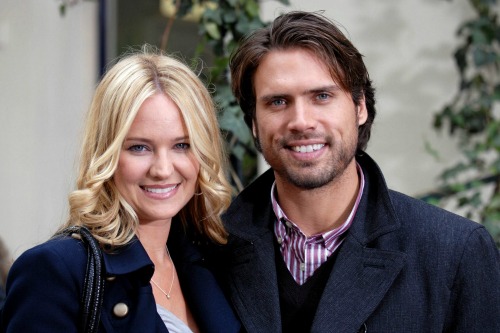 The Young and the Restless spoilers tease that Shick fans shouldn’t worry, their favorite recouple will happen by May Sweeps. Despite recent tension, Nick (Joshua Morrow) will be drawn back to his first love. Sharon’s (Sharon Case) fight for him will result in remarriage.

Boom! Boom! Boom! That’s the sound of various anti-Shick detractors slamming their smartphones on uncarpeted floors. Hope they all had insurance.

Those who believe that Sharon is horrible, harrowing, kooky, flighty, crazy and a wackado need to point their fingers in another direction. Because non-Sharon fans, this woman has changed. Accept it and stop beating the past like J.T. (Thad Luckinbill) beat Lurch at the Ranch before he pushed him down the stairs.

How is Victor (Eric Braeden) doing, by the way? Someone ask Nikki (Melody Thomas Scott) about the status of his sepsis diagnosis. Maybe she’ll update us if she’s not overwrought, or texting Arturo (Jason Canela). No, that wasn’t a cheap shot.

The last paragraph goes to the heart (no, not Colleen’s, Tammin Sursok) of this matter. Nick is overwhelmed by his father’s crisis. He’s not thinking straight, which is causing temporary tension between him and Sharon. He’ll get over it.

Sharon welcomed him and Christian (Jude and Ozzy McGuigen) into the Cottage. Then she told her ex-husband to get his own place. Okay, detractors, that does place an X over the word flighty in paragraph two. But she’s still a good person and will be Nick’s wife, soon.

Nick gave in back then, but will not be drawn to Phyllis (now played by the terrific Gina Tognoni) for long in 2018. She’s with Billy (Jason Thompson) and that pairing took plenty of writing to get to.

Oh, we know, Vickie (Amelia Heinle) is about to oust JTV because J.T. will be exposed as Victor’s attacker. No matter, the powerful bond that’s never truly ended between Nick and Sharon has already sparked.

All Y&R fans, regardless of whatever characters they cheer for, will see Shick back together this May. That’s one of the so-called Sweeps periods during the year when soap advertising rates are set based upon viewer numbers that are recorded. Yes, Sharon will have successfully won Nick’s heart by then.