The Young and the Restless Spoilers: Thad Luckinbill Reveals Why He Returned for J.T.’s Destruction – Shocking Story Details 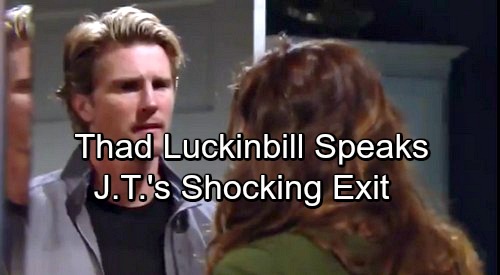 The Young and the Restless (Y&R) spoilers reveal that J.T.’s (Thad Luckinbill) arc is wrapping up on the CBS soap. It looks like J.T.’s last week on Y&R will be April 9-13 . All the signs point to a shocking demise for the once popular character. Now most fans hate J.T.’s guts and are anxiously awaiting his death!

Some viewers have even been wondering why Luckinbill would come back to have his character trashed. In an interview with Soap Opera Digest, Luckinbill revealed his reasons. For starters, it seems the show was probably going to do this story with or without him. The Young and the Restless could’ve recast the role if Luckinbill hadn’t stepped up. 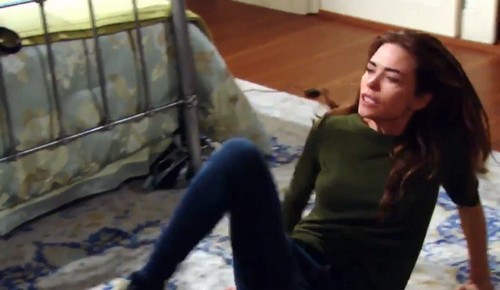 “I would absolutely hate to see somebody else play that character because I’m the only one who’s ever done it,” Luckinbill said. “I have a lot of pride in that and I knew Y&R had a really cool storyline for J.T.” Luckinbill added that the timing happened to work out well for him, so he just decided to go for it.

Naturally, the subject matter was a factor in all this. It seems the gripping material was actually a selling point for Luckinbill. It was definitely something he could sink his teeth into. However, it wasn’t easy to pull this off. “It took me a little while to ramp back up into such a heavy storyline,” Luckinbill said. He suggested that it was mostly “trial by fire,” but he had lots of support from the cast and crew. 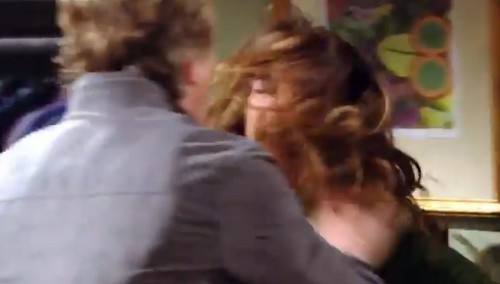 Of course, Amelia Heinle (Victoria) was included in that support system. As Luckinbill’s ex-wife, Heinle also played a big role in his return to The Young and the Restless. Luckinbill admitted, “That was part of the reason I came back, too. I talked to Amelia quite a bit about it and I knew that this would be good and it would be fun to play.”

Even if you hate what the show’s done to J.T.’s character, there’s no denying that it’s bringing some serious drama! The Young and the Restless spoilers say things will spiral out of control this week, so keep watching for J.T.’s final moments. We’ll give you updates as other Y&R news comes in. Stay tuned to the CBS soap and don’t forget to check CDL often for the latest Young and the Restless spoilers, updates and news.