BY Kinsley Goldman on April 11, 2018 | Comments: one comment
Related : Soap Opera, Spoiler, Television, The Young and the Restless 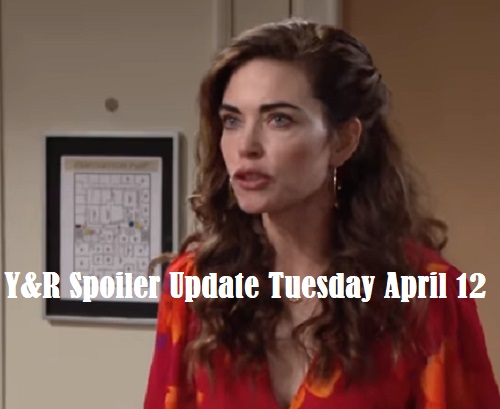 The Young and the Restless (Y&R) spoilers for Thursday, April 12, tease that Victoria (Amelia Heinle) will face questions from Reed (Tristan Lake Leabu). At home, Reed will grill his mom about bailing on their trip and leaving J.T. (Thad Luckinbell) in Hawaii. Victoria won’t be willing to explain, so Reed will leave in a huff. He’ll arrive at Crimson Lights and start spreading the breakup news.

Billy (Jason Thompson) will show up time to hear Reed say that the wedding’s off. Sharon (Sharon Case) will decide it’s time for that girls’ gathering she promised. She’ll recruit Mariah (Camryn Grimes) to help make a guest list. The ladies will struggle to come up with gal pals, but they’ll be determined to make this work. When Nikki (Melody Thomas Scott) appears, she’ll get an invitation to the party.

Back with Victoria, she’ll look glum at the office. The Young and the Restless spoilers say Ashley (Eileen Davidson) walk in and mention that she needs to ask J.T. something. Victoria will lash out at Ashley and indicate that it’s not going to happen. She’ll reveal that her relationship with J.T. is over and he’s done at Newman. 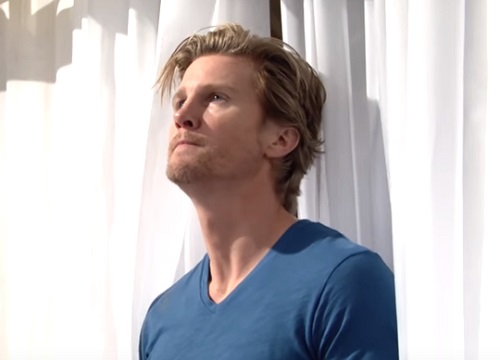 Victoria will admit that J.T. leaked the demotion memo and manipulated her into going on a trip. A surprised Ashley will be sympathetic, but she’ll refuse to budge from her role as Newman’s leader. Once Billy arrives, he’ll mention his earlier run-in with Reed. Billy will suggest that he can help out with the kids, but Victoria will want to fill them in on the breakup first. She’ll begin to sob as Billy embraces her.

Later, Billy will urge Phyllis (Gina Tognoni) to attend the girls’ bash and help cheer Victoria up. He’ll insist that his ex is dealing with a lot right now. Once Victoria heads home and tells the little ones that J.T.’s gone, she’ll get a real shock. Sharon (Sharon Case) and Mariah will show up at the door with party updates.

Victoria’s attempt to turn them away will be unsuccessful, so she’ll just try to enjoy herself. It’s margarita time! Y&R spoilers say Nikki will take a virgin one when she stops by. Phyllis will also join the festivities, so the shindig will have a solid turnout. The tipsy attendees will eventually use that liquid courage and make some confessions.

Nikki will admit she’s been hooking up with a younger man thanks to her open marriage. Mariah will also come clean about kissing a girl. Just before Sharon can make a confession about Nick (Joshua Morrow), they’ll be interrupted by someone at the door. Victoria will open it to find J.T. ready to beg to forgiveness.

However, Victoria won’t be moved by J.T.’s passionate speech. She’ll stand her ground and insist that it’s over. Back in the living room, Sharon and Phyllis will bicker about Nick while Mariah conks out from all the alcohol. When Victoria returns, she’ll break down and blurt out that J.T. abused her.

Across town, The Young and the Restless spoilers say Ashley will rip into Kyle (Michael Mealor). She won’t be pleased about him hanging out with Dina (Marla Adams), but he’ll suggest he just wants to know her better. Talk will turn to Victor (Eric Braeden) and how Kyle’s partnership with him is dangerous. Kyle obviously won’t agree with that, so Ashley will just have to keep up her fight.

It looks like a fantastic Y&R episode’s on the way. We’ll keep you posted as other details emerge. Stick with the CBS soap and don’t forget to check CDL often for the latest Young and the Restless spoilers, updates and news.