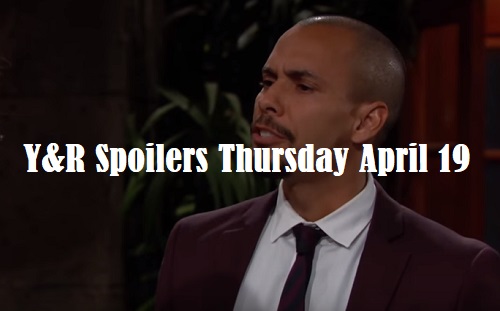 The Young and the Restless (Y&R) spoilers for Thursday, April 19, tease that Nick (Joshua Morrow) will make a vow. It looks like he’ll receive updates on more J.T. (Thad Luckinbell) drama. Nick has been determined to get answers about J.T. and Victoria’s (Amelia Heinle) breakup. He might be able to squeeze a little extra info out of his sister.

Then again, Nick might get the scoop from Nikki (Melody Thomas Scott) or Sharon (Sharon Case). Whatever the case, someone may fill Nick in on the abuse Victoria endured. The Young and the Restless spoilers say Nick will promise to keep Victoria safe. He won’t want J.T. coming back for a sneak attack.

Of course, Y&R fans know J.T.’s dead and buried. Victoria doesn’t have to worry about that jerk returning for another physical faceoff. However, she certainly has to fear getting implicated in J.T.’s death. The cover-up will make matters worse when they inevitably get caught. 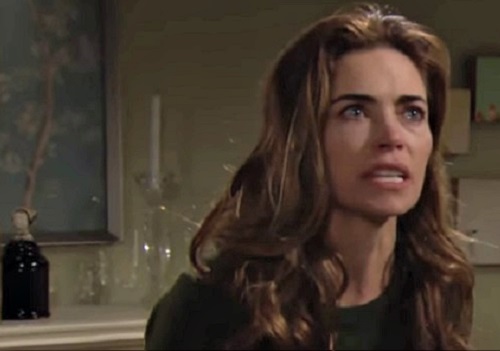 For now, Victoria and the others will try to keep their nerves under control. It’s important to keep suspicions to a minimum. Meanwhile, Neil (Kristoff St. John) will seek the whole baby story from Devon (Bryton James). He just won’t understand why Devon would agree to have a child with Hilary (Mishael Morgan).

Devon may argue that he was blinded by baby fever. He’ll assure Neil that he came to his senses, but is it too late? Devon downplayed Hilary’s recent fainting spell, but he’s probably worried deep down. If Hilary’s already pregnant, Devon will be tied to her for the rest of his life.

Neil will pose some interesting questions in Wednesday’s episode. He may suggest that if Hilary indeed has a bun in the oven, Devon had better make sure it’s his bun! When it comes to Hilary, you can never be too careful.

Other Young and the Restless spoilers say Nikki will make a bold power play. Does this have something to do with Paul’s (Doug Davidson) investigation? Could Nikki point the cops in the wrong direction to divert suspicion? That’s one possibility to consider. This could also have something to do with Victor and Kyle’s (Michael Mealor) partnership, so we’ll see what Nikki’s cooking up.

It looks like Genoa City has more bombshells in store. We’ll keep you posted as other Y&R news comes in. Stay tuned to the CBS soap and don’t forget to check CDL often for the latest Young and the Restless spoilers, updates and news.