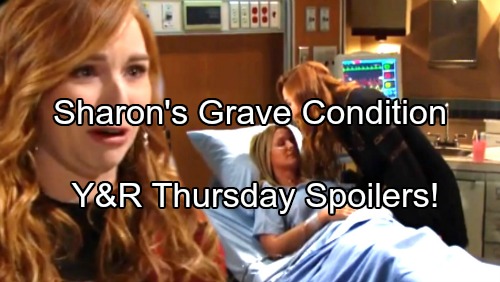 The Young and the Restless (Y&R) spoilers for Thursday, February 22, tease that Sharon (Sharon Case) will remain lifeless on the floor of Crimson Lights. On Wednesday’s episode, Sharon takes a serious blow to the head as she’s calling Nick (Joshua Morrow). Someone strikes Sharon just before she spills the beans, so Chelsea (Melissa Claire Egan) could be the top suspect, but soaps tend to use fake-outs often.

Sharon will be in desperate need of help on Thursday. Who will come to her rescue? The Young and the Restless spoilers say Nikki’s (Melody Thomas Scott) about to discover something shocking. Will she be the one who finds Sharon unconscious? If so, Nikki will undoubtedly leap into action. Sharon clearly needs an ambulance ASAP. Her injuries are far more severe than just a bump on the noggin. 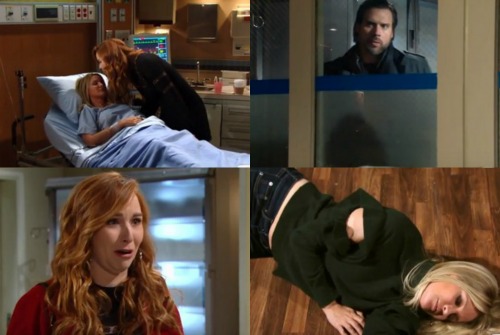 Once Sharon’s rushed to the hospital, she’ll be thoroughly examined. Sharon’s doctor will be quite concerned about the damage that was done. Meanwhile, Mariah (Camryn Grimes) will have a lot to catch up on. She was out sick for a few days at work, so it may take some time to get her schedule back on track.

Suddenly, Mariah will get a call that fills her with fear. She’ll find out Sharon’s in the hospital, so she’ll head over right away. The Young and the Restless spoilers say Mariah will eventually learn Sharon’s diagnosis. She’ll be devastated when she realizes Sharon’s in a coma and may never wake up. 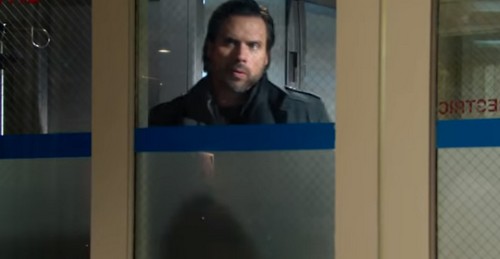 A tearful Mariah will plead with the doc, but they’ll be dealing with a waiting game. Mariah will visit Sharon’s bedside as she worries about the outcome of all this. She’ll hope her mom’s strong enough to pull through. This is sure to be a traumatic ordeal for Mariah as well as Sharon’s other loved ones.

It’s a shame that Y&R already sent Noah (Robert Adamson) out of town, but at least Nick will be affected by the news. Later this week, Nick will be stunned by this crushing blow. The Young and the Restless fans can expect plenty of drama over the next couple weeks.

Are you looking forward to these emotional scenes? We’ll give you updates as other Y&R details emerge. Stay tuned to the CBS soap and don’t forget to check CDL often for the latest Young and the Restless spoilers, updates and news.