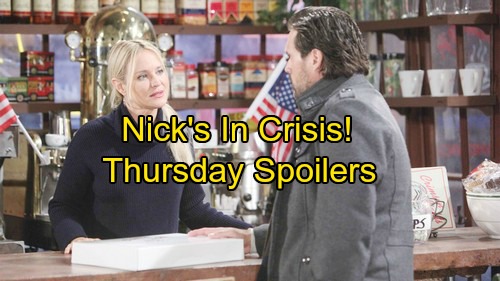 The Young and the Restless (Y&R) spoilers for Thursday, February 8, tease that Nick (Joshua Morrow) will worry that he’s making a big mistake. He’s doing his best to trust Chelsea (Melissa Claire Egan), but she’s making it pretty difficult. Chelsea’s always doing something to spark more suspicions from Nick. She’s been running serious scams, so Nick needs to wise up.

Phyllis (Gina Tognoni) is trying everything she can think of to bring Chelsea down. Her efforts must be shifting Nick’s perspective. The Young and the Restless spoilers say Nick will need some advice in Thursday’s episode. He’ll turn to Sharon (Sharon Case) for help with his big problem. Nick will mention all the latest developments and ask for Sharon’s opinion.

Sharon won’t want to overstep here. It’s not a good idea to meddle in matters of the heart, especially when your ex is the one looking for guidance. Sharon will simply urge Nick to trust his instincts. If he has major suspicions about Chelsea, Sharon won’t think Nick should ignore them. She’ll hope Nick can figure all this out and protect himself from more pain.

Other Young and the Restless spoilers state that Cane (Daniel Goddard) will have romance on his mind. He recently gave Lily (Christel Khalil) a nice massage and even took her out for a fun movie. However, Cane knows his work is far from done. Y&R fans can expect Cane to rev up the love in his household. He’ll want to make sure Lily understands how much she means to him. 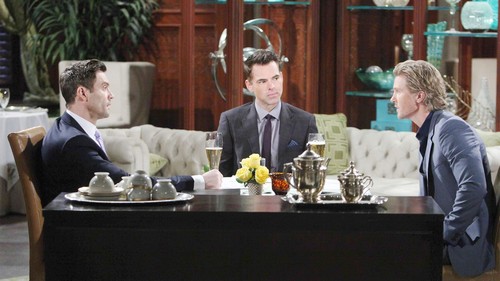 Across town, J.T. (Thad Luckinbell) will tackle a new challenge. He accepts Victoria’s (Amelia Heinle) job offer in Wednesday’s episode, so he should be hard at work by Thursday. J.T. will commit to making Newman the best it can be. He’ll hope to give the company solid security and provide some peace of mind for Victoria.

Will J.T. thrive in his new position? Will working with Victoria affect their relationship? Y&R spoilers say Victoria and J.T. will hit some bumps in the road soon enough. We’ll give you updates as other news comes in. Stay tuned to the CBS soap and don’t forget to check CDL often for the latest Young and the Restless spoilers, updates and news.