The Young and the Restless Spoilers: Thursday, June 7 – Jack Learns Surprising Facts About His Father – Sharon Breaks Up with Nick 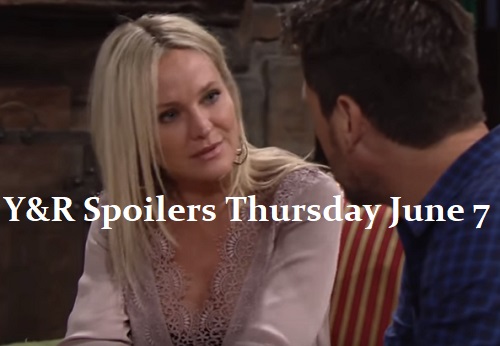 The Young and the Restless (Y&R) spoilers for Thursday, June 7, tease that Jack (Peter Bergman) will decide to have a chat with Dina (Marla Adams). He’ll hope he can score a little more info on his biological father. Jack is going through a major identity crisis right now, so some revelations would be helpful. He just needs to figure out who he is outside of John’s (Jerry Douglas) shadow.

Jack will try to gently pry some answers out of his mother. Dina will be able to recall a few facts about the past, which is great news. Jack is willing to take clues he can get at this point. He’ll be hopeful about figuring out who his bio dad is, but he won’t have any luck just yet. The Young and the Restless spoilers say Dina still won’t be able to remember the man’s name.

It sounds like Jack will have to explore other options. On the bright side, perhaps Dina’s hints will give him something to go on. Y&R fans can expect Jack to go on a journey of self-discovery, so stay tuned for all the intriguing twists it’ll bring.

In the meantime, Lily (Christel Khalil) will grow concerned about Charlie’s (Noah Alexander Gerry) behavior. She’ll fear that her sweet boy’s turning into a sex-crazed troublemaker, but a misunderstanding will be to blame. Lily will find Shauna (Camryn Hamm) hiding out in Charlie’s room, so she’ll naturally assume the worst. You can bet Charlie will have a lot of explaining to do soon enough! 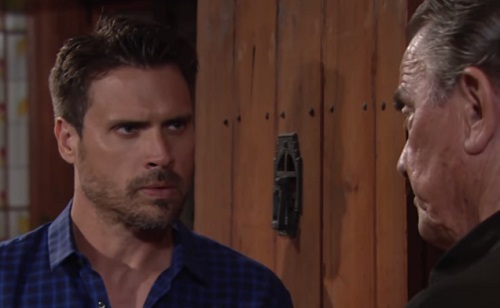 Other Young and the Restless spoilers say Sharon (Sharon Case) will make a tough choice. She’ll think there’s just too much at stake for Nick (Joshua Morrow) in this custody battle. If Sharon’s history cost Nick his son, she couldn’t live with herself. Sharon doesn’t want to see Nick and Christian (Jude and Ozzy McGuigen) separated, so she’ll decide to break things off.

Nick may object and suggest there must be another solution. However, Sharon will feel like Nick has to give himself the best odds possible in court. Cutting her loose would boost his chances. Will Nick agree or keep fighting for Sharon? We’ll give you updates as other Y&R details emerge. Stick with the CBS soap and don’t forget to check CDL often for the latest Young and the Restless spoilers, updates, and news.