The Young and the Restless Spoilers: Travis Returns After J.T. Dumps Victoria – Another Chance for ‘Tricky’ 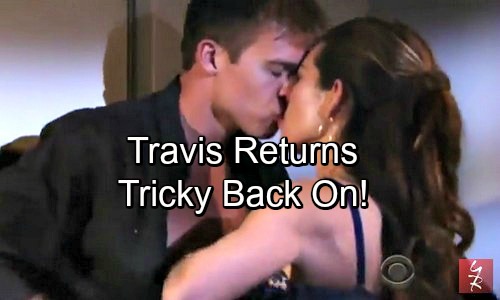 The Young and the Restless (Y&R) spoilers tease that Victoria (Amelia Heinle) will find herself single and feeling hopeless. She’s quickly falling for J.T. (Thad Luckinbell) again, but that’s a terrible idea. For starters, J.T. won’t be around all that long. His stint will eventually come to an end and that means his romance with Victoria will as well.

Of course, Victoria doesn’t know that yet. She just knows she’s having fun and hopes it will last. Alas, Victoria will inevitably fall harder and J.T. will have to break some bad news. What’s going to happen after J.T. leaves Genoa City behind? Will Victoria find comfort in someone else’s arms? The Young and the Restless spoilers say some surprises are in store. 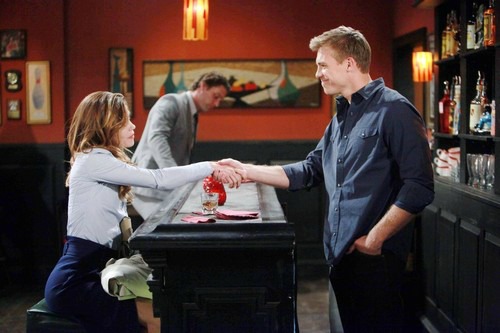 This would be an excellent time to bring Travis (Michael Roark) back into the story. When Roark left the show in December of 2016, he had a message for fans on social media. “Travis loves Victoria,” Roark said. “Always has…but he never took the care to look inward and address the demons after his life crashed the first time.”

Y&R viewers will recall that Travis kept many secrets from Victoria. It was ultimately revealed that Travis had slept with his boss’ wife, Michelle, during his stint on Wall Street. Travis was blacklisted and that’s why his life took another path. He found love with Victoria, but he ended up sleeping with Michelle after she showed up in Genoa City. 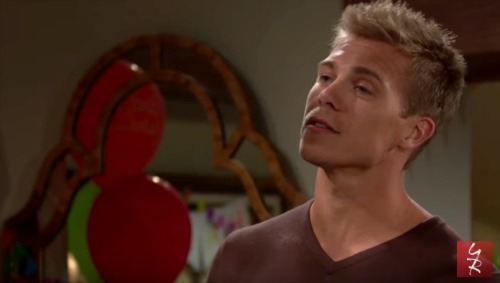 Travis immediately regretted his drunken mistake, but the damage was done. Sometimes exes are hard to shake and that’s something Victoria’s dealing with right now. She may understand the remorse of hooking up with a former flame soon. Victoria will undoubtedly have regrets about getting involved with J.T. again when their fling comes to an end.

As for Travis, perhaps he’s learned some important lessons. Travis deserves the chance to grovel again and hopefully get the woman of his dreams back. Roark finished off his social media post by suggesting that you “never know if Travis may return to GC one day, maybe a wiser man.”

“Tricky” fans are certainly rooting for Roark to rejoin The Young and the Restless cast. Do you think Y&R needs to give this pairing another shot? Do Travis and Victoria belong together? We’ll give you updates as other details emerge. Stick with the CBS soap and don’t forget to check CDL often for the latest Young and the Restless spoilers, updates and news.