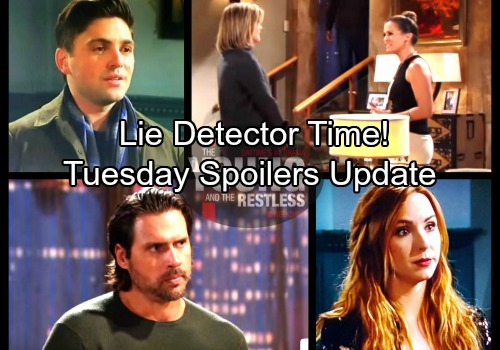 The Young and the Restless (Y&R) spoilers for Tuesday, February 6, tease that Phyllis (Gina Tognoni) will mull over her suspicions about Chelsea (Melissa Claire Egan). Billy (Jason Thompson) will find the evidence board Phyllis set up in their apartment. He’ll defend Chelsea as a changed woman, but Phyllis will still think something’s up.

At the penthouse, Chelsea will try to keep her laptop away from Nick (Joshua Morrow). She’ll also shut down the fraud case discussion. When Phyllis arrives, Chelsea will become even more rattled. She’ll think they should go somewhere else to chat, so they’ll end up at the coffeehouse. 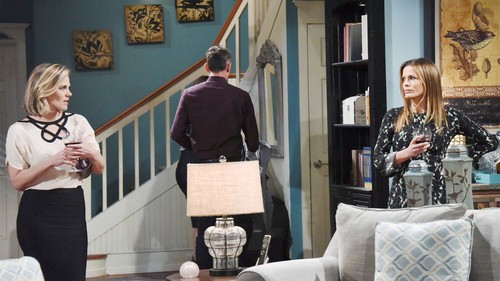 Naturally, Y&R spoilers say Chelsea will refuse. She’ll be desperate to keep her secret under wraps. Back at the penthouse, Phyllis will imply that Chelsea is behind the scam. When Nick appears, Chelsea will rant about Phyllis’ accusations.

By the time Phyllis leaves, she’ll be pretty pleased with herself. Chelsea, on the other hand, will find her web of lies slowly crumbling. At Top of the Tower, Devon (Bryton James) will meet with the women of GC Buzz. He’ll want Tessa (Cait Fairbanks), Mariah (Camryn Grimes) and Hilary (Mishael Morgan) to chime in with new ideas.

Hilary and Mariah will bicker as usual, so Tessa will intervene. When Noah (Robert Adamson) hears Tessa defending Mariah, he’ll become enraged. The Young and the Restless spoilers say Noah will gulp down plenty of drinks to cope with his pain. He’ll eventually take a tumble thanks to his drunkenness. 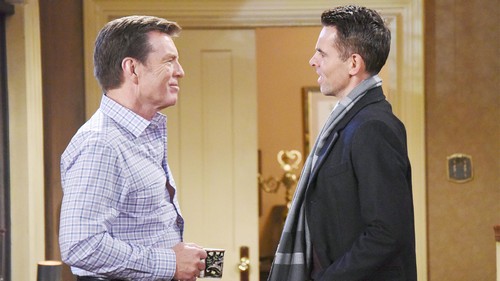 Across town, the Abbott clan will face another round of drama. Since Jack (Peter Bergman) and Ashley (Eileen Davidson) are still at odds, Billy and Traci (Beth Maitland) will try to settle the conflict. They’ll think it’s time to focus on Dina (Marla Adams) and bring the family together.

Traci will encourage her sister to end the hostility, but Ash won’t be ready to take that step. When Billy also pushes for peace, Jack will confess his regrets. Billy will believe Jack should make things right by altering the amendment that excludes Ashley.

It sounds like Jack has a tough decision to make. Changing the rule might ease the tension, but it could also leave the CEO position vulnerable again. We’ll give you updates as other Young and the Restless news comes in. Stay tuned to Y&R and don’t forget to check CDL often for the latest Young and the Restless spoilers, updates and news.