The Young and the Restless Spoilers: Victor Newman And J.T. Hellstrom Flirt With Death – Who Is More Rotten?

BY Sean O'Brien on April 13, 2018 | Comments: one comment
Related : Soap Opera, Spoiler, Television, The Young and the Restless 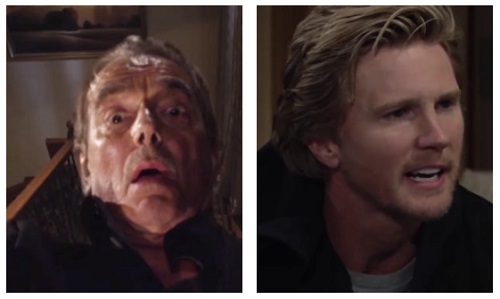 The Young and the Restless spoilers documented J.T.’s (Thad Luckinbill) multiple attempts to extinguish the flame that is the one and only Victor Newman (Eric Braeden). All readers are being directly confronted with tough question. While some personality types will defer to the neither option, decisive souls will choose a side. Team Victor, or team J.T.?

Hey, it would be easy to say that neither man deserves support. But true daytime drama devotees will be able to find enough to agree with in order to stand by either villain. And that’s the rub isn’t it? Neither fella is all that endearing at this point in time.

We’ll lead with the Moustache, who has influenced Genoa City happenings since 1980, when his stache was eons away from becoming gray.

The man controls a corporate conglomerate that was built in order to reflect his ego and provide mega-wealth to his family, when they behave themselves. However, Victor also is an employer of thousands across the globe in whatever mostly unnamed businesses those wage-earners are stationed. So many good people depend on Victor for their well-being. 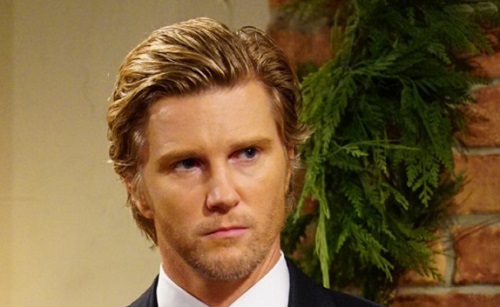 Victor has the aforementioned family. Consider Nikki’s (Melody Thomas Scott) water works if the old bugger actually would have died. By gosh and by golly, Mrs. Newman might have kicked off herself.

Two Newman’s down within the same episode? Never! And his kids and grand kids would be devastated. That wouldn’t be good.

The Black Knight is J.T.’s boss. On that basis alone, he didn’t deserve to be attacked. As viewers have seen, Paul (Doug Davidson) is seeking to arrest Victor for a crime with no evidence purely because he doesn’t like him. Why this scribe thought that only political hacks pursue vendettas using the public’s money, instead of a GC police chief and his linked, high-profile wife, is incredible, on second thought.

J.T. is right about Victor. The man’s a bum and a liar. But more importantly Braeden’s character is the person who manipulated Patty (Stacy Haiduk), Paul’s sister, during the last decade. That led to Miss Williams killing Colleen (Tammin Sursok), who apparently was J.T.’s true love. Don’t tell that romantic point to Victoria (Amelia Heinle) though.

As viewers know, Paul and Chris (Lauralee Bell) forced J.T. to dig dirt on Victor. It seemed like a grudge assignment, as Pristine foolishly thought Victor was involved in last year’s human trafficking ring, when he wasn’t. This go-round, the chief and D.A. are convinced that the great man is involved in global price fixing.

Yes, we know Luckinbill is exiting the show very, very soon. He will run off, escape, be killed, die, or something. But regardless of what happens to Mr. Hellstrom and when (not if) Victor fully recovers from his mini-stroke, which character should be backed?

J.T.’s confession leads to a shocking turn of events today on #YR! pic.twitter.com/Qj20zgOksZ