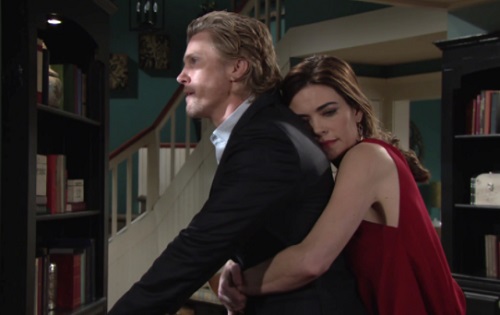 The Young and the Restless spoilers documented Thad Luckinbill’s (J.T. Hellstrom) return to the cast late last year. Since then this once-likeable character has devolved into a one-dimensional daytime monster. Another deeply uncharacteristic decision made by Victoria (Amelia Heinle) further weakens what is an unbelievable storyline.

Executive producer and head writer Mal Young could have gone in many directions. It is believable to project changes within human beings and it’s still possible that J.T.’s arc will be rescued by a full explanation of why he’s jumped over the rails of reason. But in the meantime viewers are holding their noses as this storyline ends.

Why would Vickie impulsively choose to leave her father, who’s paralyzed and mute in the hospital? To think that she would say yes to J.T.’s suggestion that they take a two-week family vacation to Hawaii is absolutely, positively, no doubt about it ludicrous.

There is no way that Vickie would book more than a regional business trip, let alone fly across the Pacific Ocean and spend fourteen days away from Victor (Eric Braeden) when he’s just come out of his coma. Everyone knows that she’s a daddy’s girl! 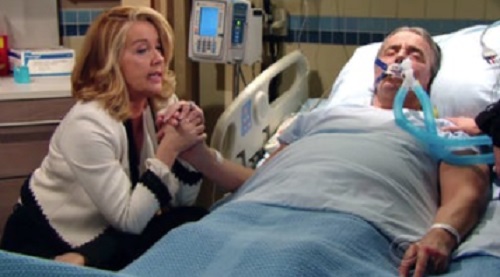 Putting aside the fact that Billy Abbott (Jason Thompson) is actually Victoria’s one true love, why in the name of all that’s soapy would this lady behave like a school girl? It doesn’t fit with how she interacted with J.T. during Luckinbill’s first iteration of this character and it makes less sense now.

Why has Y&R withheld J.T.’s reason for becoming a deranged lunatic? It would have been more logical and better for believability (yes, this theme is being purposely hammered) if the audience knew why J.T. became demented in recent years.

One assumes that J.T.’s heart issue has affected his behavior, due to wrongly prescribed medicine, or the use of non-prescribed chemical additives. It’s also surely possibly that he’s simply suffered some type of breakdown and never received proper treatment. Possibly he has a brain tumor?

All points in the above paragraph only underscore that the audience hasn’t been allowed to know enough. That’s okay in a mystery, but not in this particular storyline with a character who never acted this way from 1999-2010.

Following a bad B-movie script, when one (Vickie) or more characters behaves foolishly, disaster inevitably happens. The audience is taken for a ride along the edge of the cliff knowing that if one or more characters simply projected common sense that an unnecessary climax could be avoided.

Mal Young made Vickie, who is a smart lady, into an enabler. Mr. Hellstrom should have been written much, much better as well. Here’s hoping that some type of plausible explanation allows all questions to be answered in J.T.’s regard and that this character’s actions are fully explained. Devoted fans deserve nothing less.