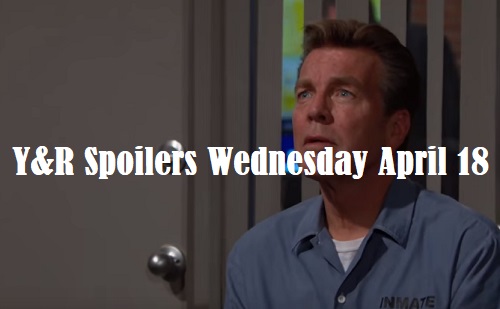 The Young and the Restless (Y&R) spoilers for Wednesday, April 18, tease that Jack (Peter Bergman) will finally score his freedom. He learns he’s off the hook in Tuesday’s episode, but it’ll take some time to sort through all the legal mumbo jumbo. Christine (Laralee Bell) will finish the paperwork and make sure Jack’s a free man on Wednesday. He’ll be glad that his nightmare’s finally over.

Unfortunately, Jack has a couple of other nightmares just waiting for him! For starters, there’s an ongoing battle with Kyle (Michael Mealor). The Young and the Restless spoilers hint that Jack will quickly track down his son. Once he’s out of jail, Jack will make it clear that he intends to take over at Jabot again.

However, that task could prove harder than Jack anticipates. Kyle may argue that he’s the future of the family company. He could add that Jack’s latest scandal certainly didn’t do Jabot any favors. Jack may have been innocent, but that doesn’t mean much in the grand scheme of things. He was still arrested and that can’t be good for business. 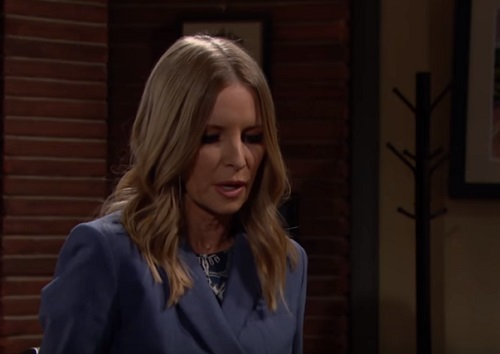 Kyle may hope he can win the board over and keep his spot as Jabot’s leader. You can bet he’ll give it his best shot! Of course, there’s also a huge secret within the Abbott family. How long until Kyle uncovers the truth about Jack’s paternity? That news could definitely be the next nightmare on Jack’s list!

Elsewhere, Ashley (Eileen Davidson) will get ready for a fierce fight. This could tie in with Jabot, but there may be some trouble brewing at Newman, too. After all, there’s a warrant out for an employee’s arrest.

J.T. (Thad Luckinbell) was fired by Victoria (Amelia Heinle), but reporters don’t know that yet and they wouldn’t care anyway. The head of security tried to kill the great Victor Newman! They can’t pass up a story like that. Ashley’s in charge at Newman Enterprises right now, so she may have to handle a firestorm of bad publicity.

Other Young and the Restless spoilers say Paul (Doug Davidson) will try to find new clues. He’ll do a little more digging in hopes of locating J.T. Paul will do whatever he can to put the culprit behind bars, but it’s too late for that. Y&R fans know J.T.’s already dead!

It sounds like the suspense will continue to build on the CBS soap. We’ll give you updates as other details emerge. Stay tuned to Y&R and don’t forget to check CDL often for the latest Young and the Restless spoilers, updates and news.

Here’s a first look at photos of this week on #YR: Sharon’s ladies night leads to shocking consequences, Nikki protects Victoria at all costs, and a pact is made and a secret is buried. pic.twitter.com/0ei3eHFRhT