The Young and the Restless Spoilers: Week of April 16-20 – Fierce Wars, Bold Moves and a Deadly Secret

BY Kinsley Goldman on April 16, 2018 | Comments: one comment
Related : Soap Opera, Spoiler, Television, The Young and the Restless 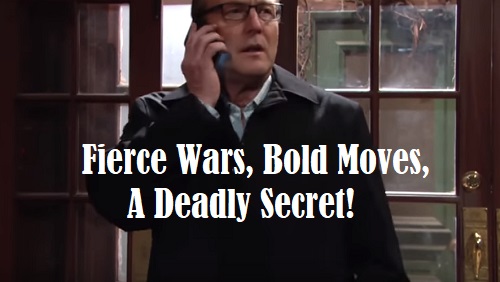 The Young and the Restless (Y&R) spoilers for the week of April 16-20 tease that we’ll total panic in Genoa City. At Victoria’s (Amelia Heinle) place, Nikki’s (Melody Thomas Scott) in for a shock when she realizes she killed J.T. (Thad Luckinbell) instead of just wounding him. Covering up his demise was not how she expected to end this evening, but that’s exactly what’s going to happen.

At Phyllis (Gina Tognoni) urging, the girls’ night gang will make a pact. They’ll agree to bury J.T.’s body and keep their mouths shut. Nikki was defending Victoria, but Phyllis won’t be sure that Paul (Doug Davidson) will buy her claims. She won’t think any of them should be tied to this mess, so they’ll just cover it up and hope everything works out.

Meanwhile, Victor (Eric Braeden) will deliver some jaw-dropping news to Nick (Joshua Morrow). He’ll have some trouble communicating, but he’ll finally help Nick get the picture eventually. Once Nick knows that J.T. tried to murder Victor, he’ll give Paul updates and vow to assist the cops in any way he can. 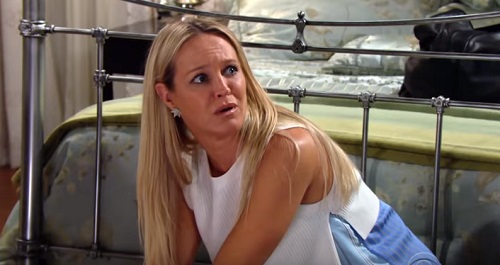 Nick will be livid over what J.T. did to his father. He’ll want to make sure justice is served and so will Paul. The Young and the Restless spoilers say a massive search will get underway. Phyllis, Sharon (Sharon Case), Nikki and Victoria had better make sure J.T.’s body is truly hidden. If they get sloppy, it could lead to charges and some serious drama!

Meanwhile, Jack (Peter Bergman) will score his release from jail. Y&R fans can expect him to confront Kyle (Michael Mealor) soon after. He’ll give his son an earful for being in cahoots with Victor and firing valued employees in his absence. It looks like Jack will regain control soon, but Kyle won’t give up. The Young and the Restless spoilers say Kyle will make a bold move, so Jack needs to be ready.

You can bet that Kyle will keep digging at the Abbott mansion as well. Dina’s (Marla Adams) got a secret and Kyle would love to be in the loop. At least that’s how he feels right now! Kyle could change his tune once he realizes this secret affects him, too. If the DNA results are accurate, Jack and Kyle aren’t blood Abbotts. Whenever that tidbit blows up, it’ll rock the Abbott clan in a big way.

Finally, Hilary (Mishael Morgan) will have a fainting spell. After she causes a scene and disrupts Devon’s (Bryton James) date with Simone (Shanica Knowles), Hilary will pass out right in front of them. Is she pregnant or could this be a trick? Either way, Devon will have some issues to deal with.

It sounds like some great scenes are coming up. We’ll keep you posted as other Y&R details emerge. Stay tuned to the CBS soap and don’t forget to check CDL often for the latest Young and the Restless spoilers, updates and news.

A secret pact is made today on #YR. pic.twitter.com/HpJRFQNmeH