The Young and the Restless Spoilers: Week of June 18 – Sharon Stunned by Marriage Proposal – Nick Wants To Face Victor Together

BY Marcy Cohen on June 14, 2018 | Comments: one comment
Related : Soap Opera, Spoiler, Television, The Young and the Restless 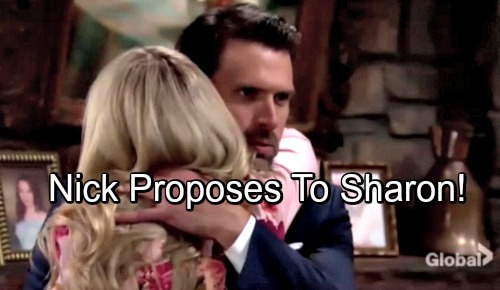 The Young and the Restless (Y&R) spoilers tease that Nick (Joshua Morrow) will make a bold move soon. It looks like Y&R has a shocker coming up next week, June 18-22. Nick will have a surprise in store, but it won’t be for the person you might expect. He seems all about taking Victor (Eric Braeden) down right now, but he’ll still find time to stun Sharon (Sharon Case).

This custody battle could’ve driven Nick and Sharon apart, but they’ll manage to grow closer instead. They’re really proving that they’ve matured and can handle some drama in their relationship. “Shick” is riding the waves and moving forward despite the obstacles.

Sharon cost Nick custody thanks to Michael’s (Christian LeBlanc) cruelty, but the blame really falls on Victor. Michael certainly felt bad about ripping Sharon to shreds. He just had no choice if he hoped to win the case. Victor wouldn’t have been a happy camper if Michael had lost. 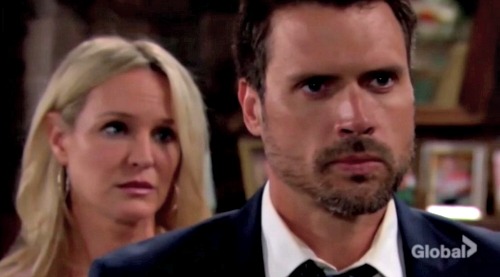 The arbitrator decided that since Sharon was in the home, it’d be best if Christian lived with Victor. Since Sharon had previously offered to break up, it wouldn’t have been fair for Nick to hold her responsible. Besides, he knows Sharon’s not the person she used to be. Sharon’s stable and loves Christian with all her heart. She’d be a great mom to him, so Nick will hope she still gets the chance.

However, Sharon may fret about continuing their romance. She should worry that without some changes, Nick will never get custody back. Fortunately, he’ll prove that he’s committed to Sharon and their future. Nick will show Sharon that they’re in this together and he’ll do it with a proposal!

The Young and the Restless spoilers say Sharon will be taken aback when Nick pops the question. He’ll insist that he wants nothing more than to love Sharon forever. Nick will ask Sharon to remarry and make him a blissful husband. He’ll want to create a loving, united home for when Christian returns.

Again, Sharon should battle doubts. This could make the custody situation even tougher and that’s not what Sharon wants for Nick. Nevertheless, you can bet Nick will be awfully persistent. Maybe he can convince Sharon to accept his ring and start planning a wedding.

Will Nick and Sharon actually tie the knot or will big secrets get in the way? The Young and the Restless fans know Sharon’s still hiding the truth about J.T. (Thad Luckinbill), so things are sure to get complicated. We’ll give you updates as other Y&R news comes in. Stay tuned to the CBS soap and don’t forget to check CDL often for the latest Young and the Restless spoilers, updates, and news.