BY Heather Hughes on September 9, 2018 | Comments: one comment
Related : Soap Opera, Spoiler, Television, The Young and the Restless 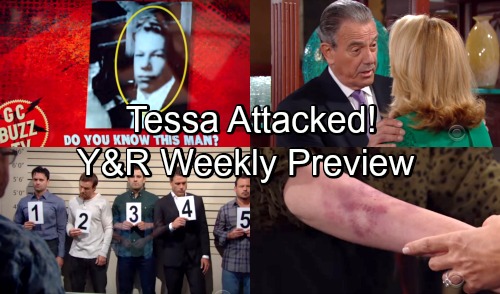 The Young and the Restless (Y&R) spoilers for the week of September 10-14 tease that things are about to get wild on the CBS soap. For starters, Summer (Hunter King) make a surprising declaration. She’ll tell Kyle (Michael Mealor) she loves him, but we’re betting that statement’s not all it seems to be.

Summer must have some lingering feelings for her ex, but she’s been far more interested in Billy (Jason Thompson) lately. Her obsession will continue, so don’t expect some grand love story for Kyle and Summer. Nevertheless, they can at least have a little fun! These former flames will hit the sheets, but it seems it’ll be a tryst and nothing more.

Instead, Kyle will find love with newcomer Lola (Sasha Calle) this fall. In the meantime, Sharon (Sharon Case) will egg on Mariah’s (Camryn Grimes) doubts about Tessa (Cait Fairbanks). She’ll think Tessa wants cash, not her daughter. However, some startling developments will change Sharon’s tune later this week.

The Young and the Restless spoilers say a panicked Tessa will show up at Crimson Lights. She’ll insist that the guys from Canada came after her and they want their money…NOW. Sharon will pull up Tessa’s sleeve to expose several bruises on her arm.

Once Tessa takes off, Sharon will get a disturbing phone call. Tessa will scream and get disconnected, so Sharon will definitely have concerns. She’ll suspect she should’ve put more trust in Tessa and truly tried to help. Mariah’s sure to freak when she gets updates on the danger!

The Young and the Restless spoilers say Nick (Joshua Morrow) won’t have a great week either. Rey (Jordi Vilasuso) will reveal himself as a police detective at the Dark Horse launch. He’ll disrupt the party by placing Nick under arrest. Smug Nick will snarl that this is a waste of time. He won’t think the cops have anything on him, but Rey will feel confident he can take Nick down.

Some J.T. (Thad Luckinbill) bombs are about to drop, so Y&R fans will want to keep watching. It turns out Victor (Eric Braeden) will uncover a secret as well. Thanks to the photo Abby (Melissa Ordway) puts on GC Buzz, Victor will believe Jack (Peter Bergman) could be his half-brother. He’ll tell Nikki (Melody Thomas Scott) they may share the same father, Albert Miller (George Kennedy).

After they talk it over, Victor will gently touch Nikki’s shoulders and contend that “Jack Abbott must not know.” He’ll realize this could turn both their lives upside down, so he’d rather let this secret remain buried. The Young and the Restless spoilers say Victor’s plan won’t pan out for long!

It sounds like some exciting episodes are on the way. We’ll keep you posted as other Y&R news comes in. Stay tuned to the CBS soap and don’t forget to check CDL often for the latest Young and the Restless spoilers, updates and news.