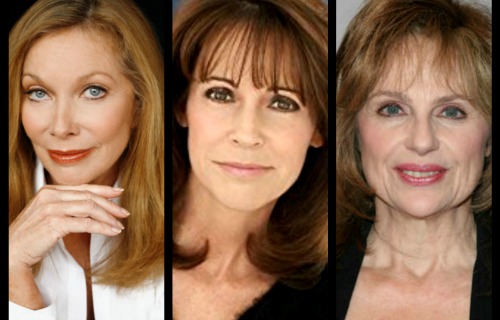 The Young and the Restless spoilers tease that Lorie Brooks (Jamie Lyn Bauer), her sister Leslie Brooks (Janice Lynde) and Julia Newman (Meg Bennett) will soon be returning to Genoa City. The reprisal of these characters will help Y&R mark it’s forty-fifth anniversary.

Readers needn’t fret if they don’t recognize the character names that were referenced. One would need to be in her or his mid-50’s to have been watching and be able to recall storylines that mostly played out in the mid- to late-1970’s.

This now-iconic CBS daytime drama first premiered in a half-hour format on March 26, 1973. One of GC’s prominent families at that time was the Brooks’ clan. Y&R expanded to an hour show in 1980.

Lorie and Leslie (then played by Victoria Mallory) returned in 1984 for Niktor’s wedding. That proved to be Leslie’s last appearance until her coming revival. 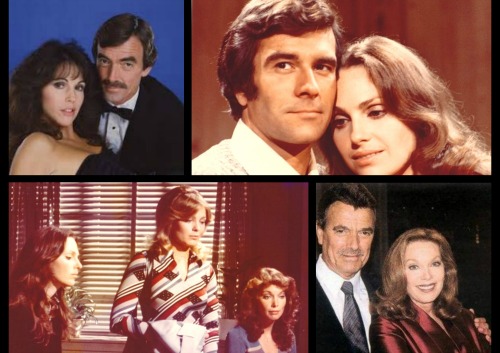 Lorie was again seen in 2002. At that time she and her husband, Maxwell Hollister (Sam Behrens), attempted to pit Victor and Nikki (Melody Thomas Scott) against each other. Their plan failed and both characters were written out.

Bennett’s character remained on the show through 1984, during which time she fell for Brock Reynolds (Beau Kazer), who was Katherine’s son. Julia returned to GC in 1986-1987. She was last seen in 2002, when Victor visited her.

While an exact correlation can’t be made at this time, Y&R’s eventual expansion and focus upon the Abbott family helped to push the Brooks’ family out of the story. Jack (originally played by Terry Lester) and John (originally played by Bret Hasley) grew into prominent members of GC society. The Abbott’s became rivals of Victor, which held sway for decades and still does for Jack (played by Peter Bergman since 1989).

The endurance of Y&R in today’s television and streaming entertainment culture is fully remarkable. CBS’ steamer has stood atop the scripted daytime ratings’ charts for decades in the United States and also remains popular in many countries around the world.

How long Y&R, or any of the other three remaining broadcast network soaps exist in their current form is unknowable. Considering CBS’ investment in its subscription All Access streaming service, it’s possible that Y&R and its spinoff show, The Bold and the Beautiful, could migrate to that platform if one, or both is ever pulled from the daytime schedule.

Y&R should continue to be broadcast by CBS through its current renewal year of 2020. The residents of Genoa City, both past, present and those yet to come could also surely be seen beyond that year as well.