The Young and the Restless Spoilers: Y&R Struggles with Major Changes and Departures – Which Actor’s Next to Flee Genoa City? 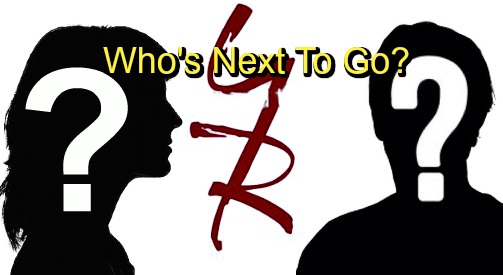 The Young and the Restless (Y&R) spoilers tease that more changes could be looming at the CBS soap. There seem to be some problems behind the scenes, so that could spark some interesting shifts in the coming weeks. Of course, Y&R has already been going through some massive shakeups. Let’s consider the major departures that have gone down.

When Elizabeth Hendrickson (Chloe) left The Young and the Restless, it was expected. Y&R had written Chloe into a corner, so no one was surprised to see her go. It wasn’t a huge deal at the time since the show still had plenty of talent to keep things moving along.

Unfortunately, Melissa Claire Egan eventually abandoned ship as Chelsea. That blow was a bit tougher, but Y&R viewers hung in there. Again, there was still loads of talent to go around. Sadly, the departure trend continued as Mishael Morgan exited as Hilary. That was certainly a devastating shocker.

Fans were outraged to hear that Morgan couldn’t negotiate a well-deserved raise. Now that there are several additional hires and a shiny new Dark Horse set, it’s raising a few eyebrows. Couldn’t that money have gone to keeping Morgan around? Of course, Christel Khalil (Lily) has also dropped down to recurring. That’s another big loss, especially since she belongs to Hamilton-Winters-Ashby family unit.

Since the Rosales clan is moving in, viewers fear that characters like Devon (Bryton James), Neil (Kristoff St. John) and Cane (Daniel Goddard) could fade to the background. Y&R seems to be trading familiar for freshness, which can be tricky. Soap fans like to spend time with characters they’ve gotten to know over the years. Too many changes at once can spell disaster for a daytime drama.

Alas, Ashley’s (Eileen Davidson) exit is also coming up by the end of September. Davidson is a real powerhouse actress, so it’s a shame to see her go. Why are all these talented performers stepping away from The Young and the Restless? Between the potential tension behind the scenes and struggles to lock down enough contract money, Y&R’s giving them reasons to branch out.

Who will be next to take flight? The show’s undoubtedly trying to stop the bleeding, but there are no guarantees. The Young and the Restless would be wise to keep their remaining staples happy. Gina Tognoni (Phyllis) and Camryn Grimes (Mariah) are Daytime Emmy winners with serious acting chops. Could they be tempted to bail? Y&R can’t afford to lose them right now, so let’s hope not.

Sharon Case (Sharon) seems content to stay, but no one thought Davidson would suddenly decide to depart either. Before Joshua Morrow got his latest “bad boy” Nick story, he was thinking about leaving as well. No one is safe these days!

Several cast members have even been forced out. Don’t forget that Kevin (Greg Rikaart) and Noah (Robert Adamson) were sent far away from Genoa City. Now Paul’s done according to his portrayer, Doug Davidson. Everything seems up in the air and viewers are really feeling it.

Have too many changes been happening at the CBS soap? Are any other crucial departures on the horizon? Time will tell, but The Young and the Restless spoilers hint that one change might be welcome. Some Y&R watchers are calling for Mal Young, Y&R’s head writer and executive producer, to be fired.

Nevertheless, the drama will keep coming in Genoa City. Viewers will hang in there and hope the show gets its groove back! We’ll give you updates as other Y&R news emerges. Stick with the CBS soap and don’t forget to check CDL often for the latest Young and the Restless spoilers, updates and news.