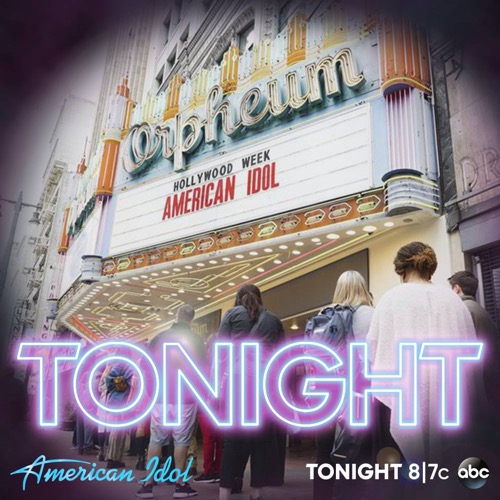 Helping to guide them through the rigorous week is in-house mentor Bobby Bones. Included: an emergency trip to the hospital in an ambulance; and a special moment when one lucky contestant receives a heartfelt gift from Luke Bryan.

It’s Hollywood week, it’s not going to be an easy ride. Lacy Kaye Booth is first tonight, she is from the Denver auditions and she puts her own spin on “Natural Woman.” The judges seemed to like it and Katy said that she can’t stop dreaming about Lacy.

Alejandro Aranda from the LA auditions is next. He is singing, “Sorry,” by Justin Bieber. Aside from his great singing skills, Alejandro can really play the guitar. Luke throws his jacket on the stage.

Courtney Penry is on stage now and can’t stop crying, but claims she is a lot more mature than the last time she was on the show. Katy goes on stage to calm her down and both Lionel and Luke don’t seem impressed. Courtney sings and forgets the words. The judges are polite, they clap, but it was a terrible performance. Thankfully, Courtney doesn’t make it through.

Madison Vanderburgh is next, she auditioned in NY and Luke compared her to Kelly Clarkson. She is singing, “Already Gone,” by Kelly Clarkson. The judges loved her stellar performance.

Margie Mays met the judges in Los Angeles, she is singing, “Lay Me Down.” The judges seemed to enjoy her performance.

We see part of Tyler Mitchell and Logan Johnson’s performance.

Tyler, Logan, Margie, and Madison all make it through to the next round.

Eddie Island got in good with his first audition in LA, Katy called him a star and he got three yes votes. Sadly as his performance approaches in Hollywood week, he hasn’t been feeling well all day, he can’t keep anything down. Eddie comes on stage with leopard print pants and baby blue hoodie and wows the judges. Eddie makes it through to the next round.

Shawn Robinson is up and he is singing, “A Change Is Gonna Come.” Shawn knocks it out of the park, the judges are happy.

Colby Swift was raised by his father, his mother left when he was young. Colby is a real-life cowboy, he is singing, “Every Tear Drop Falls,” by Freddy Fender. Luke asks him to drop the guitar and sing without it. Colby does that and breaks out in Spanish, the judges and the audience love it.

Luke noticed that Colby has holes in his boots. Luke takes off his own boots and gives them to Colby, who makes it to the next round with Colby, Dalton and Katy.

Ashton GIll is back, she showed up at her audition with Laine Hardy. Ashton is singing, “I Can’t Make You Love Me,” a cappella. Next is Laine, he feels more confident this year. Kelly gives him a standing ovation.

Its decision time. Lane makes it through, Ashton doesn’t.

Jade Flores is next and she plans to change the face of music. Jade choose to sing, “Unchained Melody.” Katy gives her a wow.

Myra Train is a high school student that is originally from Vietnam and wants to be the next American Idol. Myra is singing, “Chandelier,” and it mostly sounded like screeching throughout the whole song.

Jeremiah Lloyd Harmon moved the judges in his audition with an original song. Tonight he is singing, “Beautiful,” by Carole King.

Jade, Myra, and Jeremiah are all through.

Walker Burroughs sits at the piano and wows the judges and gets a standing ovation from all three of them.

Nate Walker is singing, “I Believe in You and Me,” while playing the piano.

Walker and Nate move forward to the next round.

Lauren Engle lost her husband in a terrible accident, and afterward, she didn’t know what she was going to do. Music has always got her through things. She is singing, “Jesus Take the Wheel.”

Nick Townsend lost his two brothers to suicide. He sings while playing guitar, and does very well.

Nick makes it through, Lauren doesn’t.

Wade Cota does an amazing job on stage and gets a standing ovation from Katy.

Dimitrius Graham is singing, “Wind Beneath My Wings.” His mother is about to have surgery and asks the judges if he can Facetime her. Katy starts crying, mom looks the same way on the phone. Lionel takes the phone and tells mom that her boy did it.

Wade and Dimitrius make it through.

Its time for the top 98 to form their groups. This is the best test to find out of a contestant has the stamina to be the next American Idol. Bobby Bones tells the judges that they are going to be surprised, there are a couple of groups that are going to knock their socks off.

First up is Diversity, which includes Myra, Jade, Moriah and Juan Pablo. The group is already on shaky ground. The group gets to sleep 30 minutes before they prepare for their performance. Juan Pablo is about to perform and he is missing. Bobby Bones finds him, practicing in the Janitor’s room. Time for them to perform, they choose to sing “Stronger,” by Kelly Clarkson. The judges give them a standing ovation. Everyone makes it through, except for Jade, she is going home.

Zebulon Spencer struggles in his group and gets sent home.

Chloe Channell also struggles in her group,and is sent home.

Ethan Payne also reaches the end of the road, and it shattered his heart for Luke to tell him.

Group Diamond Dixies are not doing well, the group features Katy Belle, Laci Kaye Booth, Laine Hardy and Colby Swift. They all make it through, except for Colby.

The next group is Victorious Secret; Grayson Little, Kason Lester, Wade Cota and two girls, they all make it through, but not Grayson.

Next on stage is Unexpected Vibe, featuring blind contestant Shayy, singing “I Want it That Way.” Also in the group are Dimitius Graham, Assata Renay. The judges give the group a standing ovation. All make it through except for William.

One contestant, Nate, has to leave his group and head to the hospital because he is sick. His group was Ain’t Going Home, and they are now only going to be three of them.