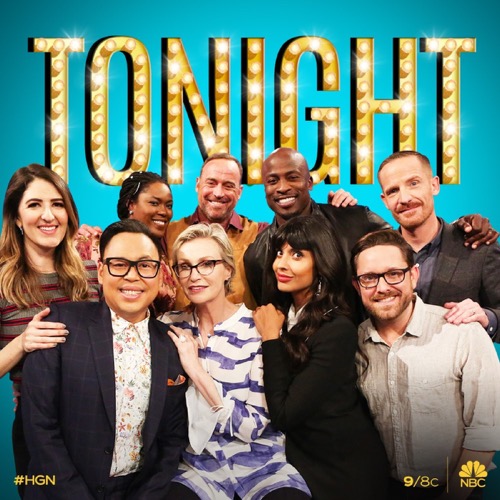 It was finally time for the City Finals. – Los Angeles was out in full force cheering for their finishers tonight. First up was Brian Burke who quickly took on the nickname as the Burkinator when his moving story became public. He was diagnosed with high-functioning autism as a kid and not once has ever let the condition hold him back. Burke also quickly won over the audience in the City Qualifiers with his impressive run and no one was expecting anything less for the Finals. The Burkinator raced out with the first half of the course and despite many fears, he managed to hold on when many thought he would fall. By then, everyone assumed he would finish the course and become the first finisher of the night. And unfortunately, his luck fell through on the ninth obstacle.

No one saw the end to the Burkinator, but over the course of the commercial break, there was plenty that proved tonight’s course was on the difficult side. The next ninja to compete was Verdale Benson. Benson was an army veteran who had been awarded the Bronze Star. He’s shown on several opportunities that he was a ninja and so this course merely reaffirmed what his family knew in their hearts. Benson started off incredibly strong. He went past the first half of the course and he didn’t start showing wear until the second half. Benson was all muscle and so often his own body weight was pulling him down even as he did his best to hold on. This began affecting him on the Salmon Ladder and soon it knocked him out.

Hopefully, Benson made it far enough fast enough to make it Vegas. Benson left the game too soon and this also means he missed out on his chance for the Power Tower. The rules for the Power Tower were the same as Qualifiers. The two fastest competitors would race against each other to be the first press the buzzer. The winner of the race would go directly to the National Finals and for that, it remains quite a powerful draw. Everyone wanted it and after the commercial break, it was Anna Schumaker’s turn. She overcame everything else and yet when it came time to beat that wall – she couldn’t climb up. She failed to make it up to the Warped Wall and for that, she might as well give up.

Kevin Bull went next. Not only was a great spokesperson for people suffering from alopecia, but he also had the third fastest finish in qualifying and he just barely missed out on the Power Tower before. He was in the running tonight as he raced through the first half in under two minutes. It appeared that he would be the first finisher of the night and so it came as a bitter disappointment when he fell on the Leaps of Faith. He still had an impressive run and with his time he was bound to make it to the next part of the competition. The next run went to Jonah Bonner. He was a freshman that gain fame as a Venetian gondolier. Plenty of people were wearing the gondolier uniform to show their support tonight and sadly their fav fell on the eighth obstacle.

Odds are Jonah won’t make it to Vegas and, regardless of this, the show had to go on. There were a number of ninjas that tried the course during the commercial break and none had passed the ninth obstacle. Brian Kretsch had his run when the show came back. He was running this year in honor of his ailing father and maybe that’s why he was having one of the best runs of his ninja career. He was the first to make it past the Leaps of Faith and he held on during the City Finals tower. Everyone was on the edge of their seat as Brian Kretsch became the first finisher of the night and by the way, things look at this point he might just be the only ninja to finish tonight.

Danell Leyva went next. He was a notable gymnast and Olympian that sailed his way to a buzzer during qualifiers. He was also the fourth fastest time and so he had a lot to prove tonight. Danell too went running right out the gate. He was racing to gain the fastest time and was doing great as he shaved off a full minute to the Warped Wall. Danell was doing great on the second half of the course when his finger peeled off the Leaps of Faith. He still made it far though and so he will be going to Vegas. Next up was Tiana Webberley. She was known as Sweet T on the course and this veteran couldn’t compete last year because of a horrific injury. She was back now with something to prove and the truth she won over hearts long before this course.

Sweet T was the first woman to make it to the second half of the course. She was also one of the rare few to make it to the eighth obstacle. Tiana sadly fell on the eighth, but she could still make it to the National Finals and so luckily her year wasn’t over just yet. Ben Udy went next. By day he was a family man and on the course, he was a mullet wearing wild man known as Chad Flexington. He was always a delight on the course because there wasn’t a moment he didn’t stop smiling and he was sure smiling when he made it past the Spin Hopper. That was the obstacle he fell on during the qualifiers. He also made it to the ninth obstacle and that alone is an accomplishment. He proceeded to fall, only that part didn’t matter so much in the bigger scheme of things.

Flip Rodriguez went. He became a hero for sexual abuse victims and he is now spreading his message to the military. Flip realized many didn’t talk about this sensitive subject because they were scared and some even felt ashamed. Flip on the other hand wanted them to be proud to be survivors and to get the help they truly need. So he was running tonight in honor of his charity. Flip had no problems with the first half of the course and he became the second power to make it past the Leap of Faith. From there, he made the climb and became the second finisher of the night with the fastest time. There were only a few that could beat that time and as luck would have it he had his run next.

Hunter Guerard came back for his second Speed Pass. It turns out the second Speed Pass this time around also served as a Safety Pass. The rest of the ninjas just wanted their chance to be safeguarded while Hunter wanted to ensure smooth sailing by coming tonight. He technically didn’t have to come and he only did for that Safety Pass. His reckless nature served him well during the qualifiers and he was hoping it would do the same for him tonight. Hunter sped through the course like tomorrow and not once did he take the time to consider his next move. He just wanted to go fast. This ended up costing him when he tried to speed through the Leaps of Faith and smashed his face against the obstacle. Nothing was broken, but he was suffering a head wound and so he’s going to need to get that checked out.

Later, with Hunter out of the way, the race for the Power Tower came down to Flip and Brian. There were the only finishers of the night and so the final race had been a tough one.

It was neck and neck for a while, but Flip pulled ahead at the last minute and he was now the brand new owner of the Safety Pass.