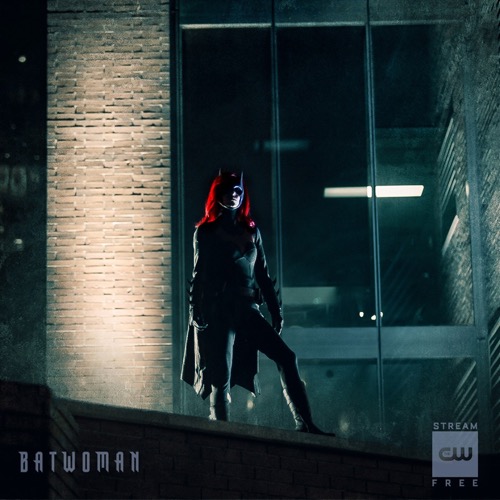 Tonight on the CW the series Batman airs with an all-new Sunday, October 27, 2019, season 1 episode 4 and we have your Batwoman recap below. On tonight’s episode called, “Who Are You?” as per the CW synopsis, “A new villain with an eye for all things that sparkle drops in on the city. Kate attempts to find a balance between her personal life and her new role as Gotham’s guardian.

Catherine has an uncomfortable encounter with Alice, who always seems to be one step ahead of the Kane family. Batwoman pays fangirl Mary a visit to ask for a favor. Meanwhile, Jacob and Sophie try to piece together who was after their prisoner. Luke continues to finetune Batwoman’s arsenal of weapons.”

We see grave being dug up, it belongs to Elizabeth Marie Kane, and e Catherine is there – Alice shows up, and tells her that if she wants her to keep her secret, she is going to give her something in return. Either she gives her what she wants, her she will tell Commander Kane her secret.

Batwoman shows up in full costume, to see Mary – tells her that she needs her help. Batwoman shows her a man handcuffed to a bed and asks her to save him. Mary says she will try but he has a bad infection on his leg.

Luke radios Batwoman, regarding a new villain – this one is dressed as a bird. Batwoman finds her stealing a Faberge egg and tries to stop her.

Luke is with Kate, she ripped grenades off the Magpie’s outfit the night before.

Commander Kane is listening to music Alice was playing on the cello when she broke into his place the other night. Sophie tells him that the bomb that blew up Alice’s transfer van, had a 99% accuracy, and sensor with that technology is unique to Hamilton Dynamics – the bomb could be one of theirs, why would someone at Hamilton do that.

Kate is walking to lunch with Regan, they hold hands and down the street. Kate gets a message, she has to go but asks Regan if she will go with her to a fundraiser later in the day. Regan says yes.

Luke is in the bat cave, alarms go off, it is an unauthorized entry. Luke grabs a weapon and heads upstairs, the Magpie swings into the room and knocks him out.

Kate is with Luke, Magpie stole the pearl necklace, it cost a million dollars last time it was taken, and now it is gone again. Magpie used exploding ink to get inside the manor, Luke tells Kate to ask Sophie about exploding ink.

Catherine’s Men try to break into Alice’s place, she overtakes them and quickly gets them tied to chairs by her goons. Alice sends a message back to Catherine by cutting off one of the men’s fingers.

Kate tells Luke that Sophie knows she is Batwoman because she sucks at it.

Kate goes out to locate items that Magpie stole, Luke helps her to enter the area and tells her to clone a copy of her hard drive. Kate’s oxygen is going down in the room, she grabs the pearls, sneezes and pulls herself out of there before a bomb goes off.

The man who Kate asked Mary to save, has woken up. He asks for Alice, she pretends to be her and tells her that Batwoman has big plans for her.

At the fundraiser, Batwoman is on top of the building, she tells him that she has to go because Regan is there. Luke can’t believe that she invited Regan to a takedown.

Catherine meets her man who lost his finger, he tells her that Alice is a psychopath and she can do her own dirty work. Alice calls Catherine and tells her it is too late to send the rabbit with his pocket watch.

Kate is all dressed up, she sees Regan at the bar – Sophie is there, she is working, she figured they could use more manpower with a jewelry theif on the loose.

Kate is sitting with Regan, she can’t keep her mind on the date. The pearls that were missing, were returned and are at the exhibit. She calls Luke, he tells her it is not the real pearls, and Magpie probably put a bomb in it. Kate thinks the pearls are just a Trojan horse and this will give Magpie free access to the exhibit. The lines go off, and alarms sound at the exhibit. Security is trying to usher everyone to the exit. Batwoman is there, she finds Magpie tries to steal some other jewelry. Magpie breaks the pearls and they all fall on the floor, when Batwoman tries to move, bombs go off. One pearl rolls outside and a child picks it up, Batwoman saves the child by knocking the peal out of her hand, and when she does, she sees that Magpie climbing a building.

Regan meets up with Kate, she tells her that she is not a needy person but she has to give her a little honesty. Kate says she is not in a place right now where she can share all of herself with someone. Regan walks away.

Catherine goes to see Jacob, she tells him that Alice went to see her, she didn’t hurt her. But, she wants something, there is a new Hamilton project and Alice has taken an interest. Catherine says she refused. Catherine tells him it was years ago, she thought it was the right thing to do, he and Kate wouldn’t stop looking, Kate wasn’t going to school and not living her life. The more despair Kate felt, the more Jacob went down with her. She says Hamilton employees found bones from a deer, she paid people to say it was Beth’s remains. Jacob tells her to get away from him.

Batwoman is back to see Mary who fixed the guy. She says she prodded him a bit while he was in a morphine stage. Alice is looking for a mouse and has big plans for him. Batwoman puts a chip inside the guy’s neck, he can lead her to Alice and the mouse.

Batwoman writes in her journal, she tells Bruce that living this double life is a sacrifice, but worth it to protect Gotham.