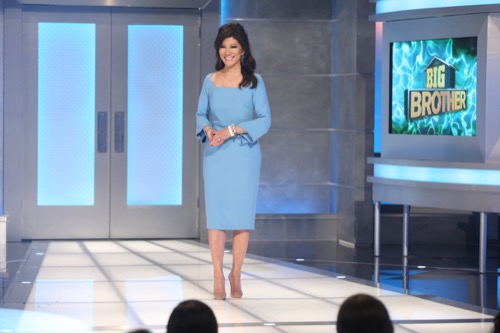 Tonight on CBS Big Brother 21 airs with an all-new Sunday, September 25, 2019, episode and we have your Big Brother 21 recap below! On tonight’s Big Brother season 21 episode 40 “Finale – Winner Chosen,” as per the CBS synopsis, “Tonight on Big Brother after many weeks we are down to the final 3 Jackson Michie, Holly Allen, or Nicole Anthony.  One of these three will be crowned the winner of BB season 21.”

Ninety-nine days ago Camp BB opened Its doors to sixteen hopeful houseguests. Tonight it is time to crown the winner of Big Brother. Led by Dr. Will, the jury gathers to welcome their newest member of the jury and debate the merits of the final three. Nick says he thinks Cliff is going to walk through the door, Jack agrees and then comes in Cliff. Will asks Cliff why he is there, Jackson promised to keep him in the final three, but he lied.

Nick says that Jackson has had nine wins and that is amazing. Jessica says it should be the person with the most loyal game. Cliff says that Jackson was not loyal and he fooled him; as well, his best move is what he did to Tommy. Cliff says he lied too and what bothers him about Jackson is that he says he played with honor and integrity, just come out and say that you played to get where you wanted to be. Christie says it is Jackson’s world and they are all peasants living in it. Tommy says he has spoken aggressively and inappropriately to the women.

Next, the jury talks about Nicole. Tommy says he likes her humility. Christie says she is playing the best social game. Christie says that she was brilliant. Cliff says that Nicole carried him through, she won competitions when it counted. Nick doesn’t think she played the entire game and Sis is confused by her game. Jack says that they have to hold against her that she floated through the game.

Next is Holly, Sis doesn’t think she should win. Christie wants to know what her plan is, she doesn’t really respect her game. Sis says she didn’t really play the game. Tommy says that Holly showed up when she needed to. Cliff says that Holly developed a lot of relationships as well. Will says that it is impressive that Holly wasn’t on the block in 83 days.

It’s part 2 of the final HOH competition. To get to part 3, they will have to jog their memory about the summer and be the first to match the correct day number to each memory on their giant brain. When they think they have all 12 correct, they hit their buzzer. The person who answered correctly in the shortest amount of time wins. Holly’s time is 10:38, Nicole’s time is 14:38. The winner is Holly. Nicole is so upset, she knows she is going home and would have loved to pull out an underdog win. Nicole is not going to give up, she is campaigning with Holly to let Jackson go, otherwise, he is taking the money and she won’t get it.

Time for the third part of the final HOH. It is time for the showmance faceoff. This competition is called “The Jury Is Out.” To win, they will have to prove just how well they remember the houseguests who are now sitting on the jury. They are about to watch a series of videos, each one will feature a jury member and they will make three statements about the summer at Camp BB. Their job is to correctly identify which statement is false. The houseguest with the most points after the eight videos will win.

The winner of the final HOH is Jackson and he gets to decide who he wants to evict and who he wants to go against for the half-million dollars. Time for the decision. Jackson says he loves them both, and they are the best things to happen to him in this game. Jackson votes to evict Nicole.

Nicole is in the hot seat with Julie who asks her what her thoughts are. Nicole says she is not shocked, but if it didn’t happen, then it wasn’t meant to be. Nicole sees her family in the audience and is choked up. She says that she has learned to love herself in the house.
Julie brings the jury up to speed, Jackson won the final HOH and decided to take Holly with him to the final two.

Time for the jury to ask their questions. Cliff asks Jackson how important jury management was in his gameplay. Jackson says it was important, but on day 44 his alliance blew up and he had to upset a lot of people, but it was all gameplay. Christie asks Holly what was her strategy coming into the game. She says she knew that she knew she had to fly under the radar and downplay a lot of her strengths. She didn’t talk about her academic or professional achievements, she listened rather than not speaking. Tommy tells Jackson that some of the women felt that he was degrading and condescending at times. Jackson says that he is very passionate, and never disrespected anyone in the game, he respects women. Sis asks Holly how she played her game. She says she never had a final two with Jackson, he wanted to take out different people than she did – she wanted to take out the big targets, Jackson didn’t. Jessica asks Jackson why he deserves to win over Holly. He says that everything that he has done has been very well thought out. Jack asks Holly, why does she think she should win over Jackson. She says she walked in wanting to play with honesty and integrity; she was a straight shooter with everyone and she was never a target, she managed her relationships with everyone very well.

Jackson and Holly get an opportunity to plead to the jury with their final comments. Time for the jury members to choose for who they want to win Big Brother.

We get to see the Big Brother contestants who got voted out but were not on the jury. Julie says that when the Gr8ful alliance barred Nicole from the HOH room, some fans took that as bullying – she asks Ovi what he thinks about that. He says that it was disheartening, the actions in the HOH room that day was bullying and he hopes that the people in that room will see that when they look back at the video. Nicole says she feels the same way, she was not allowed in the room and she felt frustrated and upset, but she moves forward.

Kemi says that some of the things that Jack, Christie, and Jackson said about her were inexcusable. Jack says that comments he made came from a place of ignorance and he could never apologize enough and it was not fair to her. Christie says that she doesn’t know what she said that was bad, but if there was, she is sorry. Jackson says on a personal level he had nothing against her and is sorry for anything that he said to offend her.

Nick told Bella that he loved her and then in jury he had a jurymance with Kat. Nick says that when he got out of the house, his mind went in the direction that he thought he felt his feelings for Kat. Bella tells Nick that he made a commitment to her and she asked him not to make her look stupid, and he did.

Just for the record, Jack voted for Holly, Kat for Jackson. There is one more prize tonight, viewers favorite houseguest. The winner gets to take home twenty-five thousand dollars and the top three vote-getters were Cliff, Tommy, and Nicole. The winner who got one million votes is Nicole.