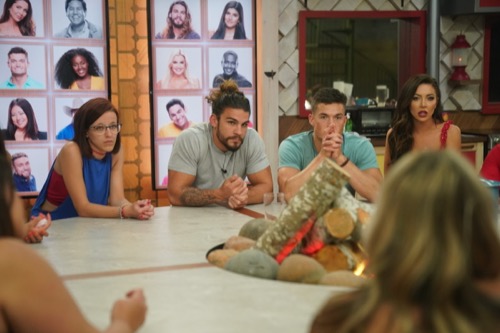 Tonight on CBS Big Brother 21 airs with an all-new Wednesday, July 10, 2019, episode and we have your Big Brother 21 recap below! On tonight’s Big Brother season 21 episode 8 as per the CBS synopsis, “Tonight on BB21 Jessica and Kemi are on the block and the house will be voting on who will be going evicted. But the Comeback Camp twist is still in play so neither will be going home.”

Kemi and Jessica were both up for elimination because Bella betrayed them. All three women and Nicole as their fourth were a part of the Black Widows Alliance and it was supposed to be a top-secret alliance based on the idea of a woman winning this year. The women in this alliance were only going to be working together until they were the final four. In other words, until they got rid of all the men and it was just the women left. Each woman in the alliance had liked that idea. There was no one that was suddenly speaking up for the men and that’s what made Bella did that much worse. Bella talked to Jack about the alliance because she wanted to cover her own backside. She knew that she could rile Jack up and she did. Bella practically convinces him to go after the other ladies.

Luckily, he could only nominate two people. He nominated Kemi and Jessica and neither woman won immunity or any special favors. They were still up for elimination. Only both women have been talking to other people and they’ve realized what Bella did. Bella was the one that came up with the idea of an all-female alliance and yet she’s telling others that it was all Jess. She even convinced Kemi that it was all Jess. Kemi didn’t know differently until she talked to Nicole and that’s when she smartened up. Kemi decided to play the game after that. She went to Michie and she told him how it had been Bella idea for the Black Widows Alliance. She also said that Bella told everything. Bella told Kemi that she was in an alliance from the third day with Jack and Michie.

Michie denied it to Kemi, but then he went back to Jack and complained. Michie said that they couldn’t trust Bella because she was playing the game and was a bit too good at it for either of them to be comfortable. They could see Bella for what she is now. They knew that Bella would ditch them the first chance she got and so they consider nominating her next except Christie also found out something. She was just walking by when she overheard Cliff talking to the cameras. He was speaking with his family back home because that’s what he always does and so he forgot the part about how others could hear him. Cliff failed to whisper and that cost him because he revealed his whole game plan.

Cliff told his family (as well as the world) that first, he would have to separate the couples from the others. He then mentioned how he was in a secret alliance with Nicole and Ovi. It was called the Zings and it will only work if Ovi comes back. Cliff didn’t that would happen before next week. He believes that Nicole would be put up for elimination next because she was a part of the Black Widows and so it would have been either her or Jess that would go to Camp Comeback next week. Cliff said all of this out loud. He held nothing back and so Christie heard everything. She went back to Gr8ful and told them that next week it should be Cliff. And everyone was agreeing with her until Michie heard about Bella.

Bella was a liability. Her own friends were thinking that now and who even knows if she considers any of them her friends. Bella has lied to pretty much everyone. She was a crafty player and that worked for her because no one knew what she was going, but that’s changed now. Kemi thought telling the world about Bella could safeguard her spot and it didn’t work. The overwhelming numbers were behind evicting Kemi. The only one that didn’t vote for her was Michie and that’s because what she said had actually changed his mind. He voted to eliminate Jess like promised. So he at least kept his promise and meanwhile the rest all voted to evict her. And so Kemi is going to be remembering that now that’s the part of Camp Comeback.

With eliminations out of the way, the household has to once again compete against each other to name the new Head of House. The game was hitting the bullseye. The closer they got to the bullseye the higher the point they get and so at first it was one person then next the next. Until it came down to Nick. Nick won HOH and he was sort of dating Bella, so there went the idea to nominate her for next week!