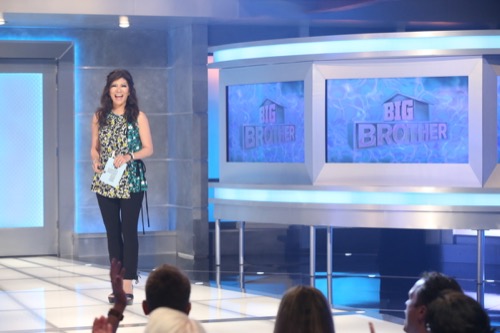 Tonight on CBS Big Brother 21 airs with an all-new Thursday, July 25, 2019, episode and we have your Big Brother 21 recap below! On tonight’s Big Brother season 21 episode 14 as per the CBS synopsis, “Tonight on BB21 Bella and Jack are on the block and one of them will be sent home.  After the live eviction, we will have an endurance HoH competition.”

Its day 37 inside the Big Brother house and after Cliff’s triumph return to the game, he tried to make a big move in the house, but that got foiled when he put Bella up as a replacement nominee when Jackson took himself off the block. The only way Jack can go home is if Bella can backtrack everything she has done to the houseguests. Nick thinks Cliff made the dumbest move and can’t believe he forgot that the people who he is saving, are the people who put him on the block in the first place.

The six-shooters have wanted to get rid of Bella for a long time, tonight they may get their wish. Nick is frustrated, he tells Cliff they are going to pick them off one by one now. Cliff did what he did because he didn’t want to break his word. Really? Does Cliff realize this is a game for half a million dollars, it’s not real life back at home?

Nick and Bella cry on each other’s shoulder, they are so upset and believe that she is going home.

Jack tells Cliff that he made a pretty sweet deal, he thinks it is pretty cool. Cliff is sitting with the two Jacks and acting like one of their buddies. Cliff is not at the top of the totem pole but he knows they turned on two of their own already, so he thinks he just has to float until more turn on each other. Jack tells Cliff that nobody is going to expect him to be a part of what they are trying to accomplish. Cliff basically sold himself to the devil!

Holly wants to trust Kay because they both work in the pageant district. Holly secures a final two with her.

Cliff goes to talk to Bella, he tells her that he was targeting Jack and not her. He makes a deal with Jack one moment and talks behind his back the next. He better be careful or he may lose his new alliance.

Meanwhile, Bella is campaigning hard to try and stay in the house. Kat would love to keep her but is not sure if it is time to get Jack out yet. Jessica thinks that Bella is making a compelling argument.

Bella makes her final statement to save herself, she does a great job and calls it how it is. If Jack stays in the house, he is going to pick them off one by one. Jack is next, he says he is thankful for having met everyone, respect them all and hope they place the right vote.

Its official with a vote of eight to two, Bella is evicted from the Big Brother house.

Bella is in the hot seat with Julie and Nick is crying and hugging Sam. Julie asks her who she feels most betrayed by, she says Christie; she believes that she helped their alliance to turn against them. Bella feels sorry about what she did to Nicole in the game, she should not have assumed things. Julie shows her goodbye messages from the other houseguests. Bella says she is blessed to have been in the house and met such great people. She respects Jack, but she hopes Nick and Sam have a chance.

Time for the HOH Competition, the power is up for grabs. Cliff as outgoing HOH cannot compete. This one is called “Pose In Ivy.” The houseguests have to hold to their vines with dear life. If they fall off, they have to choose a chip from the punishment box and two will people will receive the poison ivy punishment.